Know When to Shut It, Bro: Jeremy Renner Says It’s Not His Job to Help Fix the Gender Wage Gap 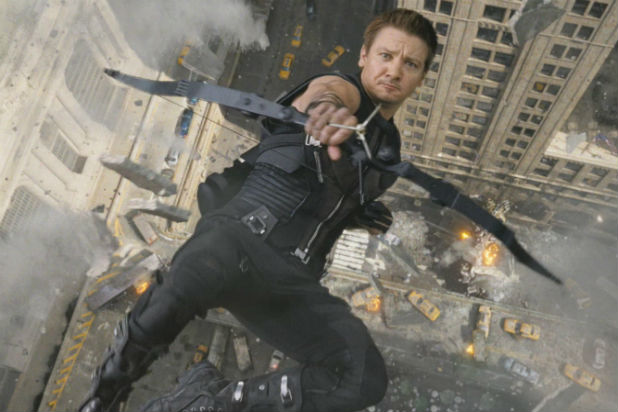 Jeremy Renner is no great diplomat, especially when it comes to women’s issues.

In the past year, he’s been criticized for calling Black Widow a “slut” (and for his backhanded non-apology-apology for that comment), and for making a quip about Jennifer Lopez’s breasts while co-presenting with her at the Golden Globes. Given all that, he doesn’t have a reputation as the world’s greatest ally, which is why some comments he made during a recent interview with Business Insider seem like a bad PR move at the very least.

During the interview, Renner was asked if he would follow the example of his co-star Bradley Cooper and be transparent about his salary in order to help female co-stars negotiate for compensation. Cooper’s promise came after Jennifer Lawrence penned a scathing open letter earlier this month about sexism in Hollywood; in perhaps the clearest example of the gender wage gap in recent memory, Renner, who co-starred with both Cooper and Lawrence in American Hustle, was paid more than Jennifer Lawrence and Amy Adams for that film.

But Renner told Business Insider that gender parity is out of his hands: “That’s not my job. I don’t know contracts and money and all that sort of stuff.”

Adding he fully supports actresses receiving equal pay as actors, he said he’s more focused on his craft than what everyone is making.

“I’m a performer and I know human behavior. When it comes to that sort of stuff I let other people deal with that,” said the two-time Oscar nominee. “I do what I’m good at, that’s what I focus on.”

It should be noted that actors and actresses are rarely involved in the negotiating process and leave the deals to agents, managers, and lawyers.

So … I mean … the least negative takeaway I can get from this interview is that Renner’s a little less “with it” than Bradley Cooper. I’m not necessarily advocating for lying, but I do think it’s strange that Renner didn’t know “not my problem, man, I just gotta focus on my craft” would make him sound like a douche-canoe so soon after Cooper’s gallant offer.

The most negative takeaway is kind of what I already expected: Jeremy Renner can’t really be bothered to see things outside of his perspective, something he’s demonstrated repeatedly when the media has held him accountable for inappropriate and objectifying jokes.

It’s all well and good for Renner to “focus on human behavior” rather than the negotiating process, but that’s a luxury that comes with being a white man. Women in Hollywood, who’ve had to deal with the degradation of being paid far less than him for far better performances, are understandably beginning to have more of a personal investment.