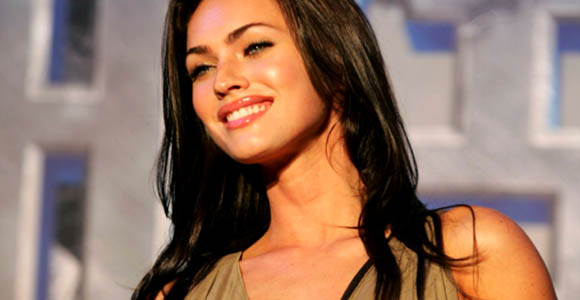 The director announced he was bringing Fox back “into the family” for his Ninja Turtles film. He didn’t mention which part she’d be taking but Variety reports she’s signed on to play reporter and turtle pal, April O’Neil.

It’s a surprise to many to hear Fox has agreed to work with Bay after their very public falling out. The actress worked with the director on the first two Transformers films and was very vocal about her displeasure with him saying he was a “nightmare to work with.”

As to the Hitler comparison, Bay told GQ in 2011, “I wasn’t hurt, because I know that’s just Megan…When you’re days and months on a set, it’s like a family. You say rude things and you make up.”

Meanwhile, production on the film had been shaky with Paramount shutting it down just last summer and pushing the release date back to 2014. And fans are still pretty annoyed the turtles will have alien origins this time around. Variety says Jane Levy, Anna Kendrick, and Elizabeth Olsen were also up for April.

Besides the in-fighting, we’re surprised Fox has decided to work with Bay again because of comments her Transformer co-star Shia LaBeouf made. “Megan developed this Spice Girl strength, this woman-empowerment [stuff] that made her feel awkward about her involvement with Michael, who some people think is a very lascivious filmmaker, the way he films women … This is a girl who was taken from complete obscurity and placed in a sex-driven role in front of the whole world and told she was the sexiest woman in America. And she had a hard time accepting it.”

We doubt Bay’s filmmaking style has evolved, perhaps Fox will have a clause in her contract over how she’s presented in the film?