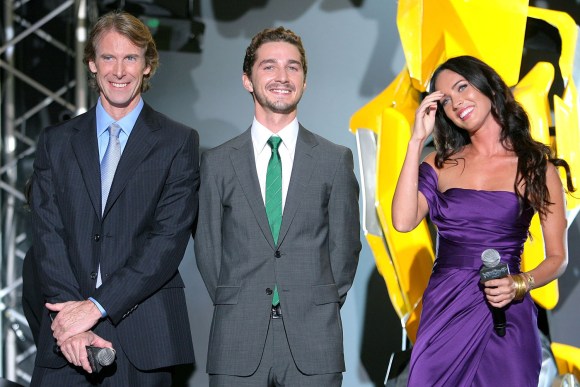 Here is your “What? … Wait…” moment of the day. According to her former Transformers co-star, Shia LaBeouf, Megan Fox was fed up with being directed by Michael Bay because of her particular brand of feminism. A brand that he refers to as “Spice Girl.” Now, let’s hear him out first before our knee-jerk reaction to the words “Spice Girl” being applied to feminism about a decade and a half after it stopped being current pop culture reference. Because what he says makes a good deal of sense.

LaBeouf says that working on the set with Michael Bay, who shoots his movies with the adolescent boy in mind (not a secret) was hardly a pleasant experience for Fox, the object of desire for these adolescent boys. And while LaBeouf doesn’t elaborate, he says that while on a movie set with Bay, there isn’t enough time to ask someone politely “to just arch your back 70 degrees.” Which makes us wonder how pervy it could have gotten on that set since “arch your back 70 degrees” is already pretty pervy). And while her replacement, Rosie Huntington-Whitely, has had no complaints so far (that we know of), maybe the experience is a bit different for someone who was plucked out of nowhere to become a sex symbol than for someone who made their young career posing in lingerie for Victoria’s Secret (where she probably was asked to pose at all sorts of angles, acute, obtuse, right, etc.). LaBeouf says:

“Megan developed this Spice Girl strength, this woman-empowerment [stuff] that made her feel awkward about her involvement with Michael, who some people think is a very lascivious filmmaker, the way he films women … This is a girl who was taken from complete obscurity and placed in a sex-driven role in front of the whole world and told she was the sexiest woman in America. And she had a hard time accepting it.”

Okay, let’s take a look back at the Spice Girls and their “Girl Power” refrain that ruled the late 1990s, early 2000s. They were marketed as five (and then four) girls with “individual” styles who were more about banding together than seeking out boys. And those styles, while tacky-to-the-max and often risqué, were meant to reflect what made each girl feel good about themselves. They were bubblegum, they were cheesy … but this was actually not a bad message to send girls. (As long as their younger audience wasn’t trying to dress like that, then we’re all good.) They were about individuality, friendship, and fun. And once in a while, they sang about a crush.

Who’s to say that while Megan Fox forged this identity as a pinup, it was something she did willingly? She really did come out of nowhere, but she was an undeniably beautiful girl and she embraced that. Being a hot girl certainly got her a lot of attention, and while she made all those “hot” lists, she naturally tried to turn that star power into acting gigs (while occasionally mentioning that she was really a quiet geek at heart). Clearly, she hasn’t had much luck (even though I maintain that her performance in Jennifer’s Body was completely overlooked and underrated), but the girl can stand up for herself and say “I’m done with this Michael Bay tripe.”

Although it’d be nice of Shia LeBeouf himself hadn’t completely copped out on actually voicing an opinion of his own on the matter.  “Megan developed” “made her feel awkward” “some people think,” yeah, okay Shia. Grow a pair and tell us if whether it made you feel awkward, and whether you think Michael Bay is lascivious. Don’t leave your costar of two movies out on a freakin’ limb. Even if your actual feelings on the matter might jeopardize your relationship with Michael Bay, you don’t need a fourth Transformers movie that badly.

Wishful thinking aside, LaBeouf’s message is that Megan Fox can be a hot girl in a movie without being treated like a blow-up doll. I’m sure she’d much rather work on something fun that flopped than something degrading that made millions of dollars. And can we really blame her for that?

Also, fun project for anyone with a protractor: Is this a 70 degree angle? 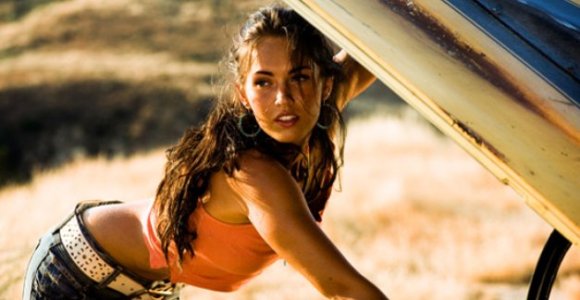