Medieval Russian Children’s Drawings Show: Boys Will be Boys, Whatever Century it Is

The so-called “birchbark documents” are nothing new: Discovered by Soviet archaeologists throughout what are now Russia,Ukraine, and Belarus in the 1950s, the astoundingly well-preserved documents are catnip for academics who want a ground-level view of the way people communicated in the 11th through 15th century. Of particular interest in the lot is a set of drawings by a young child known as Onfim, who is surmised, based on developmental cues, to have been six or seven years old when he doodled the drawings. These are the earliest known children’s drawings in existence.

Onfim is generally believed to have been a boy based on the style of his drawings and the text that accompanied them. Sexism? Maybe, but Onfim sure liked to draw battle scenes, warriors, and fire-breathing beasts:

Text on the drawing to the right translates to “I am a wild beast!” 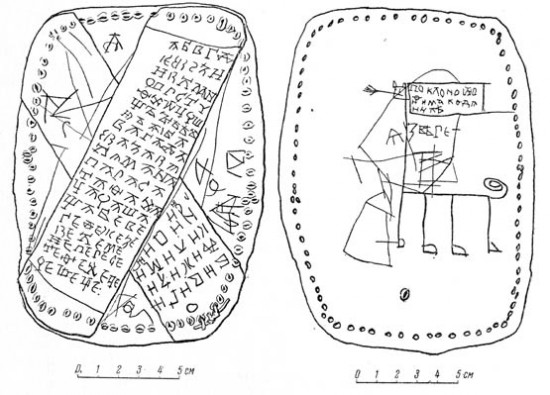 Onfim and his warrior dad. Aww. 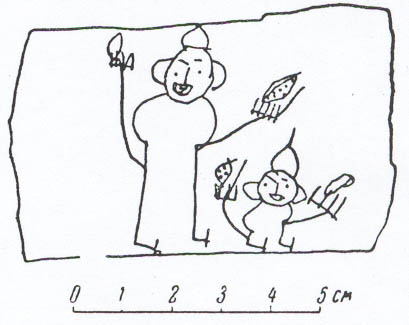 Read more about the drawings and their significance (and see more of them) in this fascinating essay.