He'll need your clothes, your boots, and your police box. 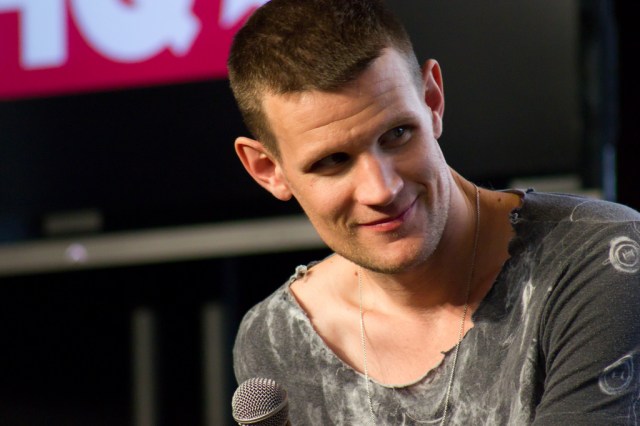 Get ready, nerds: two of our favorite time-travel franchises are colliding. Well, in a way—Doctor Who‘s Matt Smith has reportedly landed a role in the new Terminator trilogy (because there’s no such thing as a standalone sci-fi movie anymore) that will grow into a major character over the course of the story.

Who he will play is still up in the air, but just look at that face—he’d be perfect for some kind of advanced, more human-friendly Terminator model. I mean, Arnold is great and all, and Aaron V. Williamson (who will play a “younger” Terminator model in the new movies) looks appropriately badass, but you’d think they would start making their robot infiltration units a bit more… unassuming. I’d be pretty terrified if I saw Arnold hulking towards me whether or not I thought there was a robot death machine hiding underneath. Matt Smith, on the other hand…

But maybe I’m just reaching here, because it’s too much fun to think of what Matt Smith will be doing in the Terminator universe. And it’s especially fun to think of the possible juxtaposition between his “mad man with a box” act that I’ve come to love and a murderous robot, which is part of why I also assume I’d love him in the American Psycho musical.

Whatever his role, I’m sure he’ll be great, because Matt Smith himself was definitely one of the high points of post-David Tennant Doctor Who. He was always great, whether the show was or not.

Terminator: Genesis hits theaters on July 1, 2015, which now seems interminably (Get it?… Sorry.) far away. Is this how time normally passes? Really slowly and in the right order?

(Deadline via The Mary Sue, image via vagueonthehow)