Skynet due to overtake humanity at any moment. No city is safe. 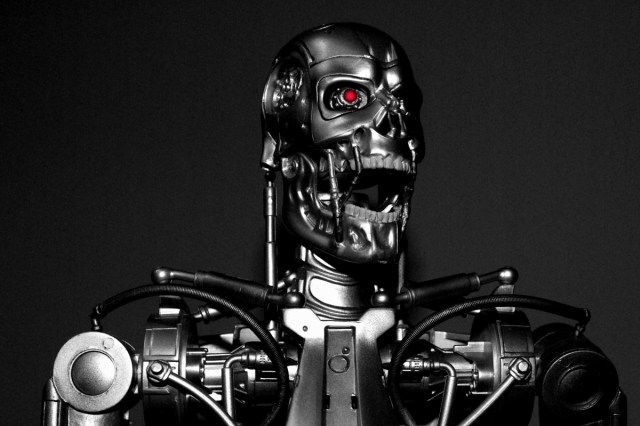 Spanish scientists, who have apparently never seen a James Cameron film, have developed a new polymer that spontaneously heals itself. Dubbing the material the “Terminator” polymer, after the T-1000 (played by Robert Patrick in Terminator 2), the scientists maintain that the material’s true use is to improve the lifetime of everyday plastic products.

First reported by the Royal Society of Chemistry journal Materials Horizons, no self-healing material has ever been created – until now. Basically acting like living Velcro, the Terminator polymer can fix any imperfections in itself up to 97 percent. And we’re not just talking about tiny blemishes, here; watch this video of someone literally slicing it in half with a razor blade before it magically heals itself:

PhysOrg describes what’s going on up there like this: “[T]he permanently cross-linked poly(urea-urethane) elastomeric network completely mends itself after being cut in two with a razor blade. A metathesis reaction of aromatic disulphides, which naturally exchange at room temperature, causes the regeneration.”

We describe that video as “what children will look back on with terror when people ask how the human race was nearly annihilated.”