Matt Smith Tries to Say Something, Anything About New Neil Gaiman Episode, Fails 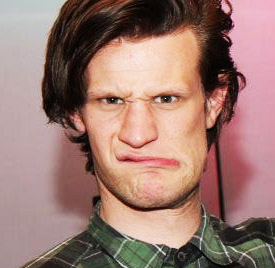 I think it will be a fan’s favourite because, well, without giving anything away, it just will be, because there’s something in it. — Matt Smith, actor behind the Doctor on Doctor Who.

Thanks, Matt. We love you. Now sit down before you pull something.