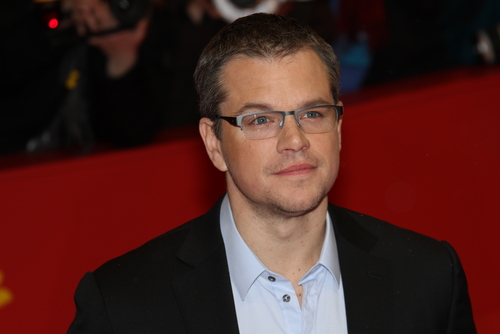 It looks like you can teach an old dog new tricks! I’ve written about Matt Damon and diversity before. Namely, regarding the show Project Greenlight, his debate with Effie Brown, and his confusion and seemingly toothless apology afterwards. Well, it seems like he’s finally ready to put his money, and his production company with Ben Affleck, where his mouth is.

After the Project Greenlight brouhaha, their team went to their most recent contest on their Facebook page, where non-professional directors could submit three-minute short films, assuming that by simply having the contest be public on Facebook that they were casting the widest net for applicants. However, when Damon looked at the numbers, only 2% of entries came from people of color and 8% from women.

According to ABC News, Damon said of this wake-up call, “That shocked us, because that wasn’t the spirit with which we put it out there. It was like ‘come one, come all.’ But it was predominantly white men who showed up and entered. That was a real lesson for us.”

Now, Pearl Street is partnering with the Media, Diversity and Social Change Initiative at USC’s Annenberg School, which is the school responsible for a popular recent study into diversity in Hollywood, after having approached the folks from the initiative to ask for concrete solutions to diversify their talent pool. Damon continues, “They were like, ‘it’s crazy that you reached out to us because we identified you as two of the five people in this business who could actually move the needle if you change this stuff in writing.’ We were looking for real ideas — practical things that could help.”

Some of the ideas the initiative proposes include things like putting clauses in contracts to make it a priority to look at all the roles on a film and hire with an eye toward equity. Part of the problem, as I mentioned in this earlier piece, is that there’s no conscious thought about this at production companies and studios, with too many people like Damon assuming that people’s good intentions are enough to let the problem work itself out on its own. But by codifying what needs to happen and putting it into a document people need to look at and sign before they get to work with you, you put it in the front of people’s minds and relay the impression that this is something that matters to the company, which would make it more likely to be a focus at every level.

Dr. Stacy L. Smith, Director of USC’s diversity initiative, is hopeful of what partnerships like this can do to move the needle. She says, “Notable actors or producers working with inclusion experts brings data-driven evidence and expertise to decision-making tables and production sets. It can be the perfect storm for social change.”

It’s wonderful to see concrete action happening. Who knows? If enough big production companies and studios make this issue this kind of a priority, parity might not be such a far-off concept after all.