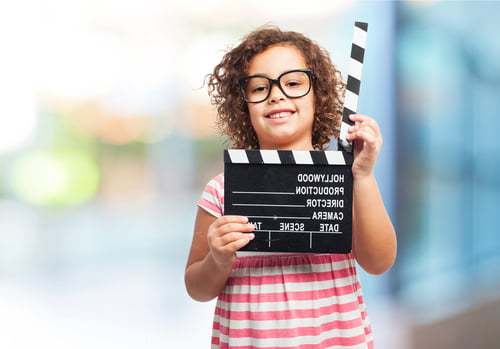 “Diversity” was a buzzword leading up to the Oscars this year, and now it seems that there’s a bit of a diversity “boom” happening in the film and television industries. Sort of.

According to this piece at The Hollywood Reporter, television is faring a bit better as far as diversity goes, and they cite the success of shows like Black-ish and Fresh Off the Boat, as well as color-blind casting like the recent casting of Sarah Shahi as an adult Nancy Drew in the upcoming CBS show Drew, as the catalyst for even more progress in this realm. Like, for example, the upcoming show The Fluffy Shop, a comedy based on the life of comedian Gabriel Iglesias at ABC. Or NBC’s Marlon starring, you probably guessed it, Marlon Wayans.

This isn’t to say that there hasn’t been some movement in this area in the film industry. J.J. Abrams’ Bad Robot has recently partnered with power-agency CAA and some studio partners to require that submissions for writing, directing, and acting jobs must be submitted in proportion to their representation in the United States population!

Can you imagine?! That means that Bad Robot and these other studios expect CAA to submit (according to the US Census) 77.4% white, 50.8% women, 13.2% black, 17.4% Latinx, 5.4% Asian, 1.2% Native American, and 0.2% Native Hawaiian/Pacific Islander for every single job opening! (Or as close to that as possible, obvi.) This is a tall order, especially when you consider that, as reported in this really eye-opening article about Latinx in Hollywood for the L.A. Times:

A study by USC’s Annenberg School for Communication and Journalism found that among the 100 top-grossing movies in 2014, 73% of all speaking or named characters were white, just more than 12% were black and 5% were Asians. Latinos, who make up more than 16% of the U.S. population, were just below Asians.

This is because of the perception that Latinx are all “immigrants.” They rarely get to not be “new” or more than first-generation. Hell, they rarely get to be not-Mexican. If you limit the types of stories people of any ethnicity can help tell, you limit their opportunities. So, I love that Bad Robot is tackling the problem by working to see this breakdown of submissions for every job – and I hope that extends to below-the-line (ie: crew positions), too! Says Abrams, “The Oscars controversy was a wake-up call to examine our role in expanding opportunities internally at Bad Robot and externally with our content and partners.” 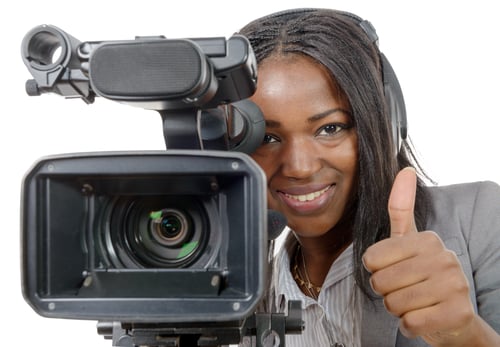 Meanwhile, there are others who are working on telling diverse stories and hiring diverse cast and crew. Ava DuVernay is pretty much the black female director of the moment, having taken on two big projects: the film adaptation of A Wrinkle in Time, and  Intelligent Life, a sci-fi film starring Lupita Nyong’o. Kathryn Bigelow and Mark Boal (Zero Dark Thirty) are currently working on a film set during the 1967 Detroit riots, which will require a large, black cast. And Fox 2000 is developing a movie called Hidden Figures about the black women who helped NASA launch its first space missions.

“I was actively out there looking for this kind of material that serves the markets — specifically women and African-Americans — that I think nobody pays attention to in Hollywood,” says producer Donna Gigliotti, who optioned Hidden Figures off a book by Margot Lee Shetterly.

We weren’t thinking, ‘What if we got someone who’s African-American?’ We are gigantic fans of Michael. He’s one of the most exciting, intelligent and charismatic actors working today. The discussion of race never came up.

Now, I’m sure that they think that Michael B. Jordan is talented – because he is. Talented, charismatic – all those things. And I’m sure that race didn’t come up in their discussions, and I’m sure they have the best intentions.

The thing is, “the discussion of race never came up” isn’t really something to brag about. I know that in the context of this film, they already knew Jordan, and so this might not necessarily apply. But the fact is, too often white people in Hollywood try really hard to be (or sound) “color-blind” so that they don’t “sound racist,” when the truth is that ignoring race all together is often the way such blind spots are created and grow in the first place. You can’t solve a problem you don’t acknowledge, and we don’t get to jump to a “post-racial” utopia without first doing the hard work of making conscious choices and dealing with uncomfortable feelings.

This has to be a discussion that “comes up.” It has to be a conscious discussion that comes up over and over, and not just when “diversity” is a buzzword, but all the time. Habits don’t become second nature until you consciously build them over time. Why would this be any different?

What’s more, the discussion has to be expanded. Another topic the THR article goes into is the fact that we see the same names over and over – Ava DuVernay, Idris Elba, Michael B. Jordan. Talented people, all. But film and television are money-driven businesses that are fueled by star power, and so we have the same (few) women and people of color getting all the opportunities, because there are fewer “bankable” female stars and stars of color. That’s not quite diversity either. Stars need to be consciously created – the way that all the white stars of “Golden Age” Hollywood were consciously created, allowing for the default-white environment we have today. If we wait for the kind of change that needs to happen to happen organically, it’ll be over a century before we get anywhere close to parity.

Actors, writers, directors, producers, and other film and television crew that are female, of color, LGBTQ+, or disabled need to be sought-out and nurtured. Initiatives like the one Bad Robot has taken on are wonderful – and I hope they’ll remember to reach beyond the CAAs of the world. Perhaps even beyond the film schools of the world. Very often, the talented women and people of color you want to find aren’t being encouraged to attend, or don’t have the resources to attend film schools, or any of the other go-to recruiting spots where all the networking happens. They may be creating their own work online. They may be putting on plays, or writing independent comic books.

They’re out there – but Hollywood needs to take on the hard work of looking for them. On purpose. Then use them to tell a variety of stories, not simply relegating them to stories “about their community.” And white content creators need to tell stories outside their own experience while collaborating with people whose experiences they are and providing as many opportunities for those people as possible as they go.

You can do it Hollywood. You may not have earned this, but I have faith in you anyway.