Will Masters of the Universe Reboot Have The Power To Make He-Man Cool Again? 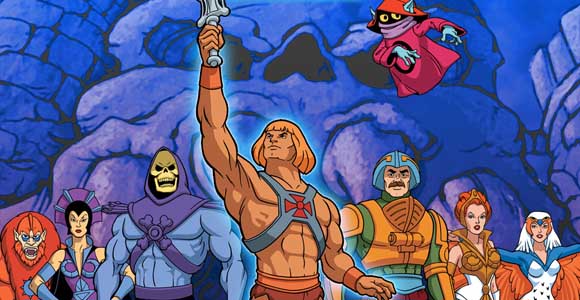 Let’s be honest here, I’m a She-Ra kind of gal but He-Man is certainly one of those 80s icons I appreciate (and not only for his awesome dance moves). But like most beloved childhood franchises, He-Man and the Masters of the Universe is prime for a reboot and it just so happens to already be in the works. G.I. Joe: Retaliation director Jon M. Chu is taking up the Sword of Grayskull.

From what we know so far, the new film will be based mainly on Mattel’s original toy line and not the 1983 animated He-Man and the Masters of the Universe, the Gary Goddard-directed 1987 Masters of the Universe film starring Dolph Lundgren, or the 2002 animated update. So that means they can do just about anything with it. Not like that wouldn’t have been the case anyway but, you know, sky’s the limit and all.

In case you’re not familiar with his work, Chu is also responsible for Step Up 2 and Step Up 3D, and the documentary Justin Bieber: Never Say Never. I can honestly say I’ve never seen any of his work and thanks to G.I. Joe: Retaliation being delayed “to convert it to 3-D” (*cough*sure*cough*), I won’t be seeing any of it soon.

No word on whether the project will continue from that or start fresh. It’s interesting timing considered we just reported on DreamWorks Animation purchasing Classic Media, a deal which included the rights to Filmation animated series. Could we get a live-action He-Man and an animated He-Man film at the same time? I wouldn’t put it past Hollywood.

Regardless, what are your thoughts on He-Man coming to the big screen again? And, prematurely, who could you see playing him? How about Karen Gillan for Teela?