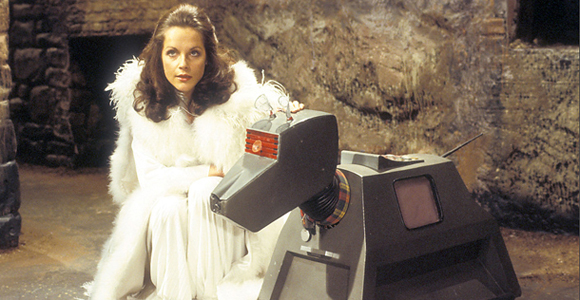 Mary Tamm, companion of 4th Doctor Tom Baker, has passed away at the age of 62. The actress only appeared on Doctor Who for one season but she made a lasting impact on fans.

“She was a darling companion and wonderfully witty and kind,” said Baker. “I’m so sorry to hear of her death.”

Tamm’s agent Barry Langford confirmed the news of the actress losing her battle with cancer but remarked that she had a “zest for life.” “She was a fantastic actress,” he said. “She played stage parts of such range, parts that would take your breath away. She could play any role, and do so wonderfully.”

Tamm played the famous role of Romana, or Romanadvoratrelundar, a Time Lord herself (or Time Lady if you prefer) from the Doctor’s planet Gallifrey. As such, she was able to regenerate and when Tamm decided not to continue on with the show, Lalla Ward took her place and was forever known as Romana II. Originally seeing herself as superior to the Doctor but growing to respect him, Tamm’s Romana eventually fell into a “damsel in distress” role which was one of the reasons the actress decided not to continue with the part.

You may remember fans mourning companion Caroline John (Liz Shaw) when she passed away at the age of 71 last month and Elisabeth Sladen (Sarah Jane) last year.

Tamm reprisde her role as Romana, along with Baker, in a series of audio dramas from Big Finish. It’s to be set during the Key to Time adventure from the 16th season of the show but has yet to be released. She’s survived by her husband Marcus Ringrose, daughter Lauren and seven-year-old grandson Max.