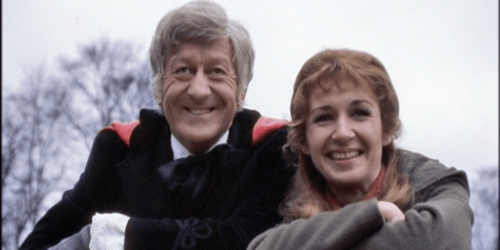 In south-west London yesterday, mourners gathered for the funeral of Caroline John, who fans of Doctor Who of the seventies and eighties will know as Liz Shaw, scientist, skeptic, and companion to the Doctor (not to be confused with Dr. Elizabeth Shaw of Prometheus… unless you take that to be a pretty awesome homage).

But she wasn’t just a companion, she was the companion who helped the show through one of the tricker transitions in its history, and as Charlie Jane Anders of io9 puts it, “helped save Doctor Who.”

In the late ’60s, audiences were starting to cool on the Doctor’s adventures, reading it as a going on a decade old adventure program squarely for kids. It was nearly cancelled… before the BBC gave its next season some serious new restrictions to work with. For the next three seasons, Doctor Who took place entirely on Earth, as the Doctor worked with the newly invented military group UNIT. This was also the point at which the show began to be filmed in color, and an effort was made to take advantage of the new opportunity for flashier effects and more stylishly (or even outlandishly) dressed characters.

On top of that, the themes of the show were given more depth and seriousness, and a reasonable does of realism. Says Anders:

That’s why every Doctor Who fan owes Caroline John a huge debt — she carried a lot of the burden of making this more “realistic” take on the Time Lord’s adventures. She played Liz Shaw, a Cambridge scientist who’s a skeptical outsider in the Doctor’s world, and over the course of four adventures she challenges the Doctor a lot more than most of his previous companions put together. Liz wasn’t the first companion who could hold her own intellectually — there were Zoe, and arguably Susan, before her — but Liz was the first who was clearly a grown-up and not particularly in the Doctor’s shadow.

Liz Shaw was instrumental in the introduction of a species familiar to fans of modern Who: the Silurians, a hibernating race of reptilian humanoids… from planet Earth. Current showrunner Steven Moffat echoes the praise for Caroline John’s turn as the character:

[She was] not just a sidekick but a scientist in her own right and a match for the universe’s number one know-all. For the first time, the Doctor had an assistant who was basically an equal and he treated her as an equal. The Doctor’s companions should never be his assistants – they’re the people who keep him on his toes and that’s what Caroline did.

Time to look up some old episodes, I think. You can read the rest of io9’s article on John’s impact on Doctor Who here.