Marvel’s Agent Carter Series is Go! (And Many Other TV Pilots From DC Comics to Karen Gillan) 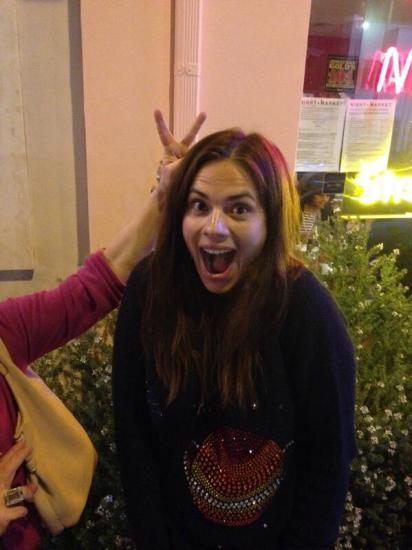 It’s 1946, and peace has dealt Peggy Carter a serious blow as she finds herself marginalized when the men return home from fighting abroad. Working for the covert SSR (Strategic Scientific Reserve),  Peggy must balance doing administrative work and going on secret missions for Howard Stark all while trying to navigate life as a single woman in America, in the wake of losing the love of her life – Steve Rogers.

This synopsis is a little… well, it’s a little “Howard’s Angel-y,” but I have confidence that with the writers of both Captain America movies and the Agent Carter short on the pilot and two women as show runners, it’ll transcend the tropes that it’s playing with. And, now that Hydra’s out in the open, continuity-wise, it’ll hopefully give us a great window into the founding of SHIELD and the beginning of the Hydra presence there.With the renewal of Agents of SHIELD for a second season (yes, Season 2, we’d like to know how that makes you feel), Agent Carter might also function as something of a bridge between the first and second seasons of SHIELD, as rumored.

But this isn’t the the only television news out there, or even the only comic book-related TV news out there (and we’re not even talking about the series pickup for Gotham). Series pickups have been ordered for three DC Comics-based series at two networks, including Constantine at NBC, and The Flash and iZombie at the CW. Fans of Karen Gillan will be marking their calendars for Selfie, a loose, modern, heavily social media-based retelling of My Fair Lady. Fans of Supernatural will not be marking their calendars for Supernatural: Bloodlines, however, as the CW declined to pick up the spinoff.

It’s going to be an interesting year for comics television everybody. Buckle up!