So, Marvel’s Agents of SHIELD Has Been Renewed For Season 2, How Do We Feel About This? 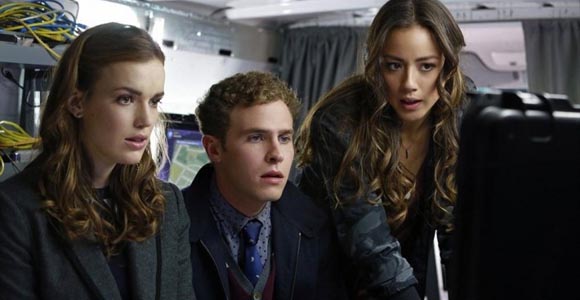 We’ve just learned the fate of several comic book TV adaptations (including Marvel’s Agent Carter series!!) but we thought, oh I don’t know, you might have a few things to say about ABC picking up Agents of SHIELD for a second season. Shall we discuss?

Susana has been our SHIELD team leader, doing weekly episode recaps of the Marvel TV show, but I think it’s safe for me to say she hasn’t been particularly thrilled about it. Her main argument: the show has taken too goddamn long to produce anything of value. We have yet to view the finale but personally, I’m just so not excited about the show. I feel like I’m watching just to watch, not because I’m particularly invested. If this wasn’t a “Marvel” show I would have stopped watching ages ago. There are parts I like for sure but much like Susana, I feel the show has taken too long to find its footing (I mean seriously, all those breaks for a Captain America movie tie-in?) and I’m not even entirely sure it has yet. So what do you think? Do you mind Agents of SHIELD has taken an entire season to get to the real meat? Or have you been sold from episode one? Let us know in the comments!