Marvel Teams With Netflix For 4 Superhero Series | The Mary Sue 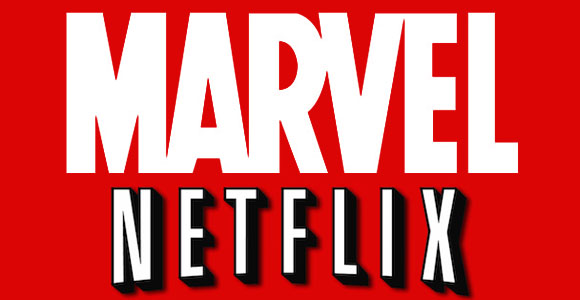 Were you one of those people who cancelled their Netflix subscription after they tried that whole Qwikster thing? You might want to think about getting back on that train by 2015. That’s when Marvel Entertainment will premiere their first original content on the service – four solo-character series to be following by a mini-series titled, The Defenders.

Netflix recently dumped a slew of Disney films onto their service (and Disney had deals set up from 2011) so we probably should have seen this coming (guess this rumory story was right), but most of us woke up this morning shocked by this majorly epic news. From Marvel.com:

Led by a series focused on “Daredevil,” followed by “Jessica Jones,” “Iron Fist” and “Luke Cage,” the epic will unfold over multiple years of original programming, taking Netflix members deep into the gritty world of heroes and villains of Hell’s Kitchen, New York.  Netflix has committed to a minimum of four, thirteen episodes series and a culminating Marvel’s “The Defenders” mini-series event that reimagines a dream team of self-sacrificing, heroic characters.

You may recall there was already a Jessica Jones series in the works, called AKA Jessica Jones, from Melissa Rosenberg. It was originally meant to find a place on ABC but the last we heard, Rosenberg said Marvel was trying to “set it up somewhere else.” We’re not sure at this point if the Netflix version will be the one Rosenberg had been working toward, though Luke Cage was set to appear in it as well.

Needless to say, this deal is a bold move for Marvel Entertainment but also a very smart one. Netflix’s original series have been doing very well. Orange is the New Black even premiered to better numbers than the new season of Arrested Development.

“This deal is unparalleled in its scope and size, and reinforces our commitment to deliver Marvel’s brand, content and characters across all platforms of storytelling. Netflix offers an incredible platform for the kind of rich storytelling that is Marvel’s specialty,” said Alan Fine, President of Marvel Entertainment. “This serialized epic expands the narrative possibilities of on-demand television and gives fans the flexibility to immerse themselves how and when they want in what’s sure to be a thrilling and engaging adventure.”

This news comes on the heels of some other exciting news from Marvel. Most recently, it was confirmed lesbian character Victoria Hand would be making her debut on Agents of SHIELD, brought to life by bisexual actress Saffron Burrows. On the comic publishing side of things, a new series featuring a Muslim Ms. Marvel, written by G. Willow Wilson, was announced (be sure to put in a pre-order for it at your local comic shop!).

While their work is compared on the regular, it’s certainly hard in this case not to look at the difference between Marvel’s live-action projects and Warner Bros./DC, who earlier this week announced an Hourman series was going to make its way to The CW. While Daredevil may be the only character of the four in the public’s consciousness (and even then, only because of the Ben Affleck film), Marvel is going big or going home, as it were, and is giving us a wider range of characters to learn about. Depending on how everything shakes out, the Luke Cage series will make him the first non-white character to headline a Marvel project and Jessica Jones will be the second female character to headline after Peggy Carter. Meanwhile, DC ladies are like.