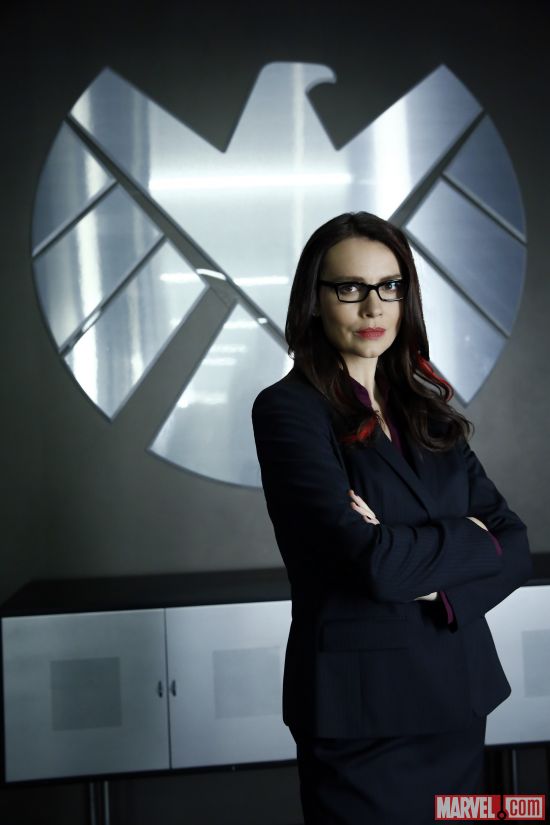 What was rumor last week is today announced as truth, Saffron Burrows will be appearing on next week’s episode of Agents of SHIELD, “The Hub,” as Victoria Hand. Hand first appeared in comics as right, uh, hand woman to Norman Osborn when he used is power as new director as SHIELD to form a group of less than savory Avengers, but she’s also a prominent gay supporting character in Marvel comics. Burrows, as well, identifies as an out member of the LGBTQ community (albeit as bisexual where Hand is lesbian), and so it will be interesting to see when and how the show chooses to give the first gay character in the Marvel Cinematic Universe some sexual orientation exposition. They’d be opening themselves up to a lot of criticism not to. Marvel.com says that next week will be her “debut,” so I hope that means we will be seeing Ms. Burrows and Victoria Hand for more than one episode.