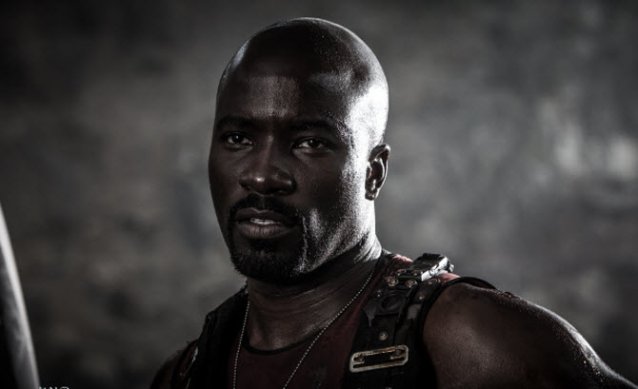 The Hollywood Reporter has the announcement: Mike Colter is Netflix’s Luke Cage, otherwise known as Power Man (though mostly just as Luke Cage).

Colter is has most recently appeared in roles on The Good Wife and Halo: Nightfall, but you might also be familiar with him from Zero Dark Thirty, The Following, or American Horror Story. The actor joins the Marvel Universe’s foray into online television as Luke Cage, a man given super strength and invulnerable skin while doing prison time for a crime he didn’t commit. Upon his escape, he dons a costume and fights crime on the streets of New York City as Power Man, nominally only for pay, but stories often found Cage and his frequent partner Iron Fist either losing out on or heroically forfeiting their income in one way or another. In comics he would eventually meet, fall in love with, marry, and co-parent a child (not necessarily in that order) with fellow street-level-superhero Jessica Jones, also due for her own Netflix series.

And perhaps most interestingly for the character, The Hollywood Reporter is also saying he’ll be introduced as a guest on Jessica’s show, not the other way around.

Colter will make his Marvel universe debut with the recurring role opposite Krysten Ritter in Jessica Jones — the second of four dramas picked up straight to series — before being spun off to topline the Luke Cage show. He’ll eventually team with Daredevil‘s Charlie Cox, Ritter and the uncast Iron Fist in mini The Defenders to conclude all four stories…

During the course of an investigation in New York, private investigator Jessica Jones encounters the enigmatic Luke Cage — a man whose past has secrets that will dramatically alter Jessica herself in ways she could never have imagined.

Jessica Jones is a former superhero herself, with a backstory tied up heavily in Spider-Man and Daredevil lore, at least in comics. With the Marvel Universe being considerably younger in its movie version, anything could go for her origins here. With Colter’s casting, we know the leads of three of Marvel’s four Netflix series. Could a casting announcement for Danny Rand, aka Iron Fist (and lets cross our fingers for an Asian or Asian-American actor), be far behind?