Dodge This: Marvel Casts The Matrix’s Carrie-Anne Moss For Netflix’s A.K.A. Jessica Jones 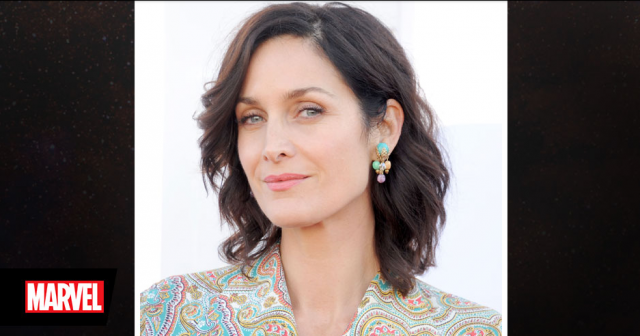 Marvel just announced the exciting news on their site—Carrie-Anne Moss is joining A.K.A. Jessica Jones. Considering they recently added David Tennant to the cast, this show is certainly shaping up to be full of nerd-favorites.

But who is Moss playing? Marvel only said that Moss plays “a no-nonsense woman who could prove a powerful ally to Jessica…if Jessica doesn’t completely alienate her first.”

“Throughout her career, Carrie-Anne has embodied a wide range of characters in a compelling and relatable way and I have no doubt she will bring that talent to A.K.A. Jessica Jones,” said [showrunner Melissa] Rosenberg.

“Carrie-Anne has proven her ability to play complex characters with deep and layered inner lives,” said Jeph Loeb, Executive Producer/Marvel’s Head of Television. “Her interaction with Jessica Jones will be one of the many highlights of the series.

The series is already set to star Krysten Ritter as Jessica Jones, Mike Colter as Luke Cage, and Rachael Taylor as Patricia “Trish” Walker, aka Hellcat.