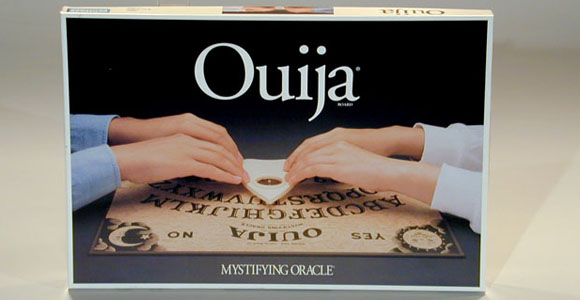 I haven’t consulted a Ouija board in years but if I had asked one who would wind up writing the forthcoming Ouija film for Hasbro I would have been happy to slowly watch it spell out the name Marti Noxon. The writer/producer probably best known for her time working on Buffy the Vampire Slayer, just wrapped up the big Fright Night remake and has a whole lot of other projects on her plate but as we’ve just learned, she will indeed be heading back into the supernatural realm with Ouija.

The Hollywood Reporter had the news exclusively. “Hasbro, which is financing development, and Platinum Dunes, the shingle producing the project, have hired well-regarded scribe Marti Noxon to work on the script,” they wrote.

Hasbro has been trying to get the film, based on their popular board game, made for some time. Most recently, the project had a home at Universal Studios, to be directed by McG and produced by Michael Bay, but that fell through. And I think we can all say we’re thankful for that but CEO of Hasbro, Brian Goldner, went on record saying the project was still on regardless and that they just had to figure out budgets.

Goldner also has plans to make films out of other Hasbro properties such as Monopoly, Clue, Risk and Candyland. “Ouija is still envisioned as a family adventure in the tone of The Mummy centering on a family who has to deal with otherwordly chaos that is unleashed,” said THR.

Noxon has a pretty busy schedule at the moment. While waiting to hear on what’s happening with her adaptation of Pride and Prejudice and Zombies she’s started work on a re-write of Tink for Disney, a live-action Tinkerbell film starring Elizabeth Banks.

Oddly enough, I think a Ouija film could be a success, especially if they keep the family adventure tone, but mostly because of Noxon.