Marti Noxon: Pride And Prejudice And Zombies And Tinkerbell? | The Mary Sue

Marti Noxon: Pride And Prejudice And Zombies And Tinkerbell? 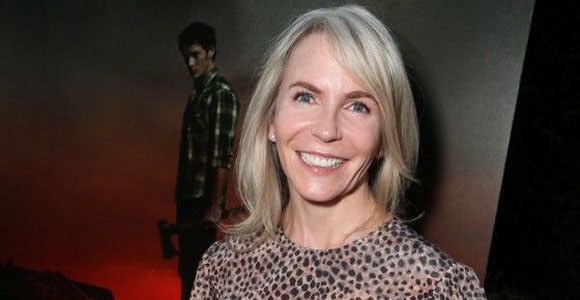 Marti Noxon is one of the most successful writers/producers in the business today. Some may love and remember her from her time spent writing and running Buffy the Vampire Slayer or Angel, while others may be more familiar with her work on Mad Men, Grey’s Anatomy, Glee or Fright Night. Whatever the case, Noxon isn’t slowing down anytime soon. She recently spoke about the status of the Pride and Prejudice and Zombies film she wrote and revealed that she’s also taking over writing duties for a live-action Tinkerbell movie for Disney and attempting to work against gender politics at the same time. In other news, Marti Noxon does all the things.

The creator spoke with Movies.com who, like us, are wondering when Pride and Prejudice and Zombies is actually going to get made. “That’s a really good question and I really can’t say because my experience with Lionsgate was always great,” Noxon told them. “They are committed to doing it and really smart and my experience with Craig [Gillespie] was, again, great. Everybody seemed very pleased with where the script ended up, so it’s really a little baffling.”

Although Noxon can’t say for sure, she did speculate. “I would say it probably, in my suspicions, has to do with the marketplace. It’s very hard to sell a comedy-horror concept. As much as it’s already pre-sold and popular much in the same way Fright Night was, it’s still a little risky,” she said. “At the same time, you get a success like Zombieland, but then something will come along that makes people nervous again, so I feel like there’s a little bit of that problem, particularly on the casting side. It’s hard to find an actress who is super hot because they might not be inclined to take a risk on something that has a 70/30% chance of working, you know?”

Although unique,  Pride and Prejudice and Zombies is of course based on the classic work by Jane Austen. With Hollywood doing so many remakes, reboots and rehashings these days, how does Noxon feel about getting original ideas being produced?  “It’s really hard,” she said. “I would say it’s close to impossible to get something that’s not, in the genre world, already somehow branded. And even most solid dramas are still based on popular books. Writing something that’s just straight out of your brain without any kind of IP is really tough, but we do our best, but the market is why I’m tending to do stuff based on other material.”

So what’s next for Noxon? A re-write of the live-action Tinkerbell film, Tink, starring Elizabeth Banks. She said, “[It’s] kind of in the Enchanted world. It’s about her coming to the real world in a non-fairy form. That’s about all I can say about it.”

Noxon said part of what attracted her to the project was gender politics. “It’s hard to write or even find a movie for eight- or nine-year-old girls that isn’t about, ya’ know, ‘I need a boyfriend!’ I mean, Tinkerbell has a job! She’s one of the few characters in that fantasy world that actually has a job,” she said, “I have a seven-year-old daughter and I want more movies for her where afterward I don’t have to make something up like, ‘You know, the job of running a kingdom is really hard work, and she and the Prince are going to have to communicate a lot.'”

Oh, Marti Noxon, can we bottle what you’ve got and sprinkle it over other creators like fairy dust?