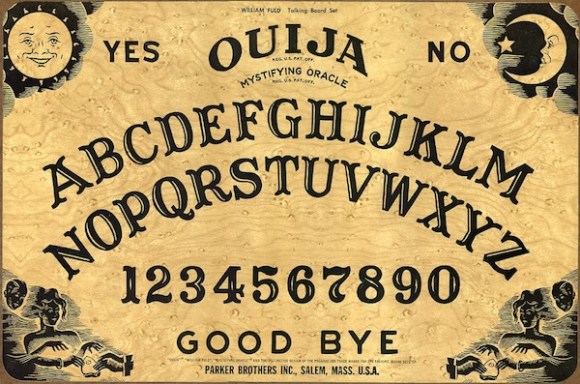 The CEO of Hasbro, Brian Goldner, has some updates on the movies being made out of the toys produced by his company. We’ll gloss over the Transformers 4 news for the moment, because what we’re really interested in is the Ouija Board movie and what’s happening with that. Last we heard, Universal said “No” to what was intended to be a supernatural family flick. But Goldner claims that the project is still in the works, just trying to cut the budget. In other words, it’s “not dead.” Get it? Haha, Ouija Board humor! In other news, someone asked a toy company about movie news.

First, we’ll quickly address Transformers 4, just to mention that Goldner said that there were “active discussions” taking place with Paramount that also involve Michael Bay and Steven Spielberg. But nothing about production dates, release dates, screenwriters (HAHAHAHA, I know, right?), or actors. There might be some news about this in coming months.

But back to the mighty Ouija. Goldner is comparing this project to Disney‘s Lone Ranger, which was canceled and then came back once they were able to rejigger the budget and make it less expensive for the studio. Apparently, the same exact thing is happening: work is being done to cut the budget and the script has been rewritten and changed in order to accommodate a smaller amount of money. (Although the two budgets are not of comparable size, in case that wasn’t totally clear. The Ouija movie is a much smaller deal.) In short, there might still be a Ouija Board movie. (I am still not totally sure this is a bad thing.)

However, Goldner is still threatening us with more movies based on board games and toys including Candyland, Monopoly, Risk, and Clue. (STOP IT … JUST … STOP IT. We HAVE one.) But also Stretch Armstrong, which has been rumored to involve Taylor Lautner, and Micronauts, which involves J.J. Abrams. And, in news that is probably not surprising, Hasbro will not be taking “the Marvel approach” to making movies by forming its own movie studio. So, at least we can take comfort in that.