More Female Lego Minifigures could be made! | The Mary Sue

Vote to Get More Female Lego Minifigs Made! 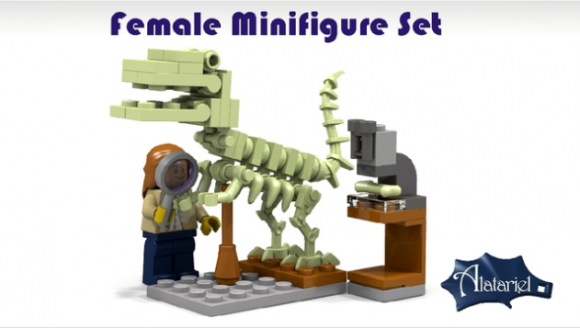 We might finally be getting more female Lego minifigures, but only if the project gets 10,000 votes on the website Cuusoo, Lego’s platform where users can suggest new products and the public can vote on their worth.  As of now the project is at 6,910 votes, but hopefully it will continue to grow.  This initiative follows controversy regarding Lego Friends, Lego’s toy line created exclusively for girls that had many outraged, and sparked discussion of gender roles and children’s toys in 2011.

The issue at the forefront of the Lego Friends controversy was that Lego was assigning gender roles to, simplifying, and otherwise altering toys traditionally meant to stimulate creativity in all children.  Instead of seeing the Lego Friends, larger, more stereotipically feminine figures, many wanted to see a greater number of female minifigs, that actually fit into the traditional lego sets and performed the same actions as their male lego counterparts.  User Alatariel on Lego Cuusoo has created a proposal which shows Female Lego figures as paleontologists, astronomers, chemists, astronauts, judges, and more.  Alatariel’s description perfectly displays the positive influence these new minifigures could have for girls and boys adding to their Lego collections:

“Although recently LEGO® has started to design and add more female figures to their sets, they are still a minority. A small set of minifigures, which LEGO® has made in the past for different themes, would provide a great opportunity to add women to our LEGO® town or city communities. I have designed some professional female minifigures that also show that girls can become anything they want, including a fire fighter or a paleontologist (main picture). Being a geochemist myself the geologist and chemist figures are based on me”

Alatariel hopes that, if enough votes are cast for the new minifigs, a selection of 3 figures for a box would be made, with each figure coming with her own 6×4 base plate and accessories like tigers, telescopes, and robot arms. 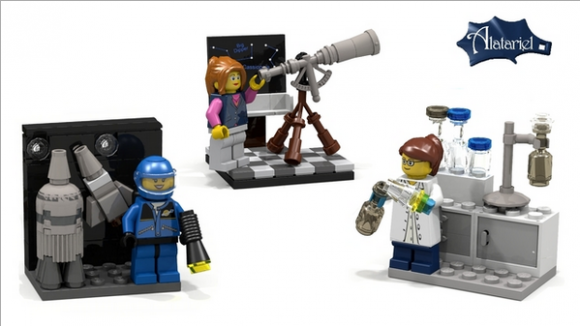 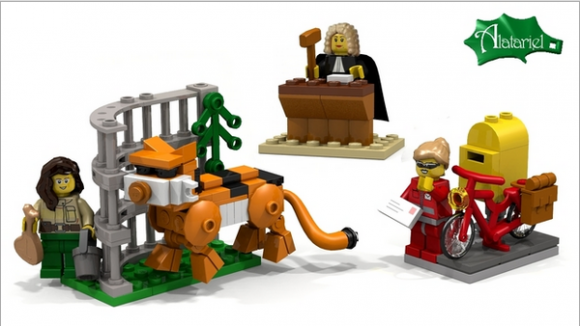 If these figures do get made, the pieces would be a welcome addition to preexisting Lego toys, and, most importantly, would fit perfectly with other Lego products, unlike the larger, smoother Lego Friends pieces.  Little girls and boys could play with female figures in positive, productive roles in society like engineering and firefighting.  If you want to support the project,and see more of Alatariel’s designs,  you can go to its Cuusoo page, and simply vote for it, no commitment to future purchase needed!