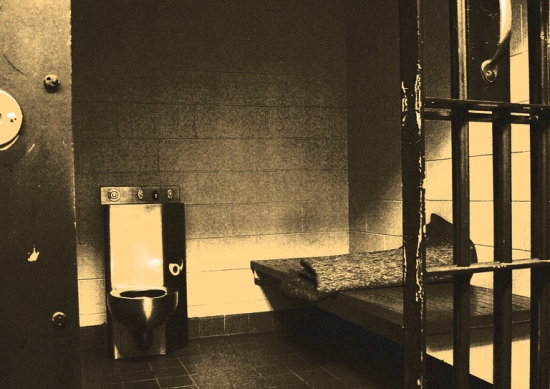 Without placing blame on any particular official entity, let’s just say that budget cuts are something local governments have to deal with on a regular basis. It’s an unfortunate fact of life. Part of these cuts almost inevitably hit the local jail, which tends to mean they have to pare down the number of criminals they can keep. Lane County Jail in Oregon is one such jail, and their early release program saw a number of inmates set free yesterday. Christopher Franklin Weaver, one of those set free at 11AM, then immediately proceeded to rob a bank.

Eugene police officers arrested Weaver shortly after the 11:55 a.m. heist at a Pacific Continental Branch at 1450 High St. and handed him over to FBI officials, who took him back to jail.

Prior to the bank robbery, Weaver had been in the jail for a parole violation tracing back to a second-degree sexual abuse conviction on top of a warrant for failing to appear in court over an unlawful use of a vehicle charge. In short, he already had quite the criminal history.

Clearly, nobody thinks releasing dangerous criminals into the wild is a good idea. It just so happens to be one of the few options left as funding dries up. Until some kind of magical font of money is found, we’re just going to have to live with that depressing reality.