It's not worth losing if you can't lose big! 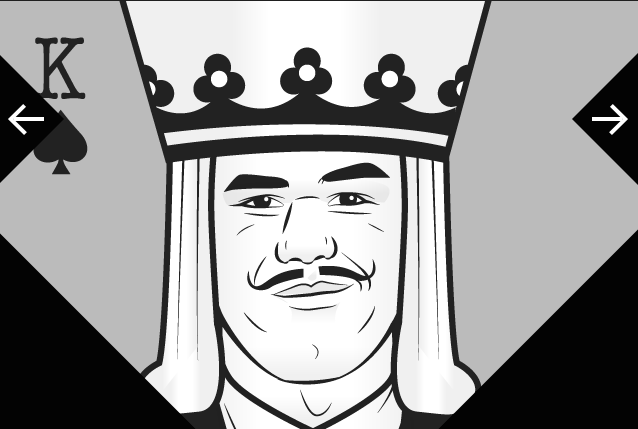 If you’re going to lose a game of chess, it might as well be against the greatest player in the world right now (and arguably ever). World Champion Magnus Carlsen just released a free iOS app that lets you play simulated versions of himself from age five up to his current age of 23.

There’s currently no Android version, which has led to much gnashing of teeth among the Android-having chess enthusiasts here at Geekosystem (which, as it turns out, is just me) so I borrowed Dan Van Winkle’s iPhone and gave the app a try. Lacking any real confidence in my chess skills, I chose the easiest setting and played the Carlsen computer set to age five when he first learned to play the game. 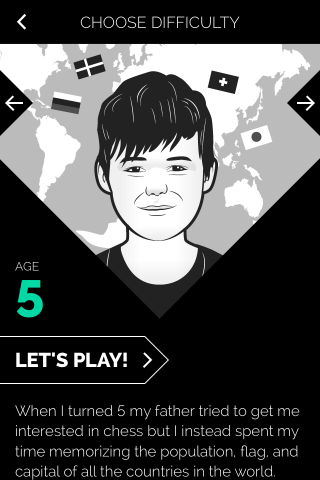 Look. I don’t want to brag or anything, but I crushed lil’ Magnus. 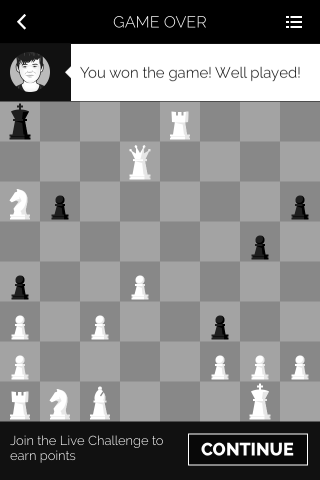 Of course Carlsen has been an incredible player for most of his life, so I’m sure when I start moving up the age settings I’m going to quickly get destroyed. By 14 he was a real contender. How difficult is 14-year-old Magnus to beat? This morning, current 23-year-old Magnus lost to him. 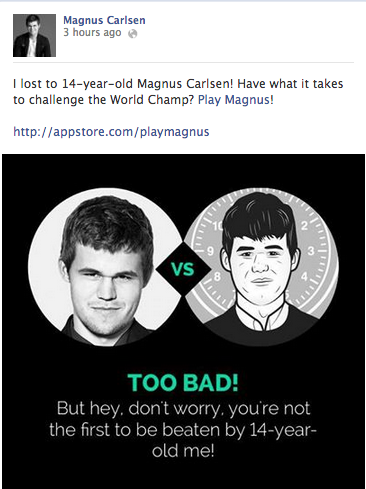 You can also use the app to improve your game with Carlsen’s training program. There are 11 lessons that range from basic rules all the way up to some advanced techniques. Four of the lessons are free, but to unlock the other seven it will cost you $.99 a pop. Not a bad price for advice from the top-ranked player in the world.

More lessons will be added in the future, and there are more features coming as well. In the launch video above, Carlsen says that the ability to play live against other players is on its way, and that he’ll even pop on occasionally to take on challengers. There are even plans for players to be able to win the chance to play Carlsen in person at an annual event held in a secret location.