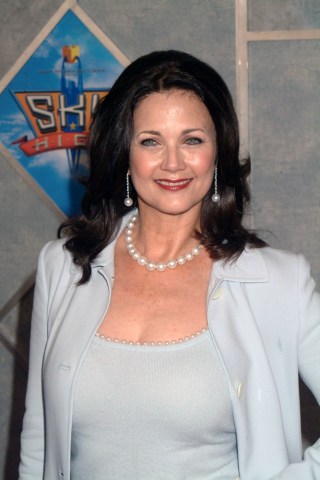 Berlanti said that they initially intended for the Wonder Woman actress to appear on Supergirl‘s first season, but scheduling prevented that from happening. Instead, she’ll be appearing in Season 2. Berlanti went on to say “All right, she’s the female president of the United States.”

Carter won’t be the first DC veteran to have a role on the CBS series; Dean Cain of Lois & Clark: The New Adventures of Superman fame and Helen Slater of the 1984 Supergirl movie play Kara’s parents.

Supergirl hasn’t been officially officially renewed for a second season yet, but CBS CEO Les Moonves strongly implied it during a Telecom Conference call earlier this month, and now he kind has to, right? You can’t promise us President Lynda Carter and then not follow through.

Kara gains a new ally when the lightning-fast superhero The Flash (Grant Gustin) suddenly appears from an alternate universe and helps Kara battle Siobhan, aka Silver Banshee, and Livewire in exchange for her help in finding a way to return him home.