Judge Rules Likes Are Not Protected As Free Speech 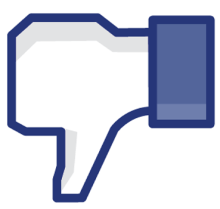 Better be careful what you go around liking on Facebook because according to a recent ruling by U.S. District Judge Raymond Jackson, likes are not protected speech under the First Amendment. The whole case dates back to 2009 when after winning a reelection bid, Hampton Virginia Sheriff B.J. Roberts fired six of his employees who had liked his opponent’s page on Facebook. The employees filed suit, arguing that their First Amendment rights were violated. Though you might be inclined to agree, Judge Raymond Jackson does not.

Whatever your opinions, the ruling does drive a related point home; you should probably check your privacy settings. If your employer can’t see what you’re going around liking on Facebook, they can’t do anything about it. This decision also casts a new light on employers who ask for their employee’s social networking information. There’s been something of a trend where employers and colleges are requring employees or students to friend authorities on Facebook, or in extreme cases, requiring employees or students to actually log into their account in front of a higher-up. If Facebook likes aren’t protected speech, the whole issue gets more problematic.

Facebook has argued that you shouldn’t let your employer into your Facebook account, not only because that’s a violation of TOS, but also because it opens employers up to liability when it comes to discrimination. This ruling only complicates the matter by making it okay to fire someone over something like a like. And with Facebook constantly increasing the amount of things you can associate yourself with on your profile and elsewhere, the danger of stepping on a mine is constantly becoming more serious. What happens on the Internet is guaranteed to stay there; it’s best to keep that in mind.