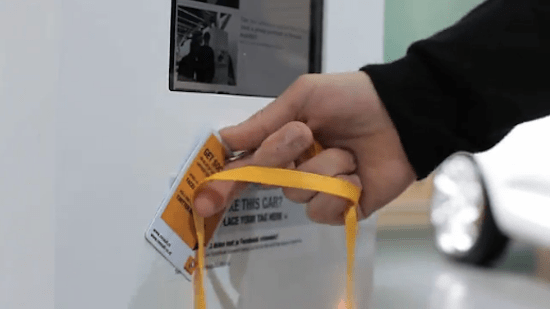 Car manufacturer Renault brought the world of Facebook Likes to real life at the AutoRAI Amsterdam Motorshow. Renault handed out RFID-equipped cards to motorshow attendees, which were able to be connected to said attendees’ Facebook profiles. Once connected, if a cardholder liked a Renault car at the show, they could swipe their card against an adjacent card reader, which marks the car as Liked on their Facebook profile.

Though bringing Facebook Likes into real life could be an amusing distraction or hold terrible consequences, what is almost as interesting as having a “Like card,” is that Renault didn’t get too fancy with their card readers, as they seem to simply be iPads shoved into boxes with the screens facing out, which can be seen in the video below.