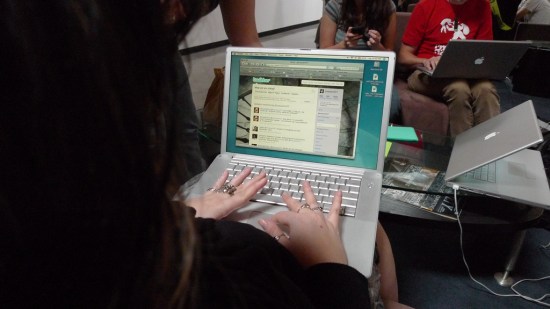 The perils and pitfalls of social networking are nothing new, and with more people putting more of themselves “out there” online it has become unfortunately necessary to prune one’s online public persona. However, some employers and colleges are taking the unprecedented step of demanding private access to user’s social networking profiles. In some cases this could mean being forced to “friend” a superior, or even ordered to surrender your password.

According to Bob Sullivan at MSNBC, some employers are doing more than simply looking over the information applicants have publicly available. Currently, the Maryland Department of Corrections asks that job applicants submit to a Facebook review. During this process, applicants must log into their Facebook accounts and click through their pages while an interviewer watches over their shoulder.

If this sounds intrusive, that’s nothing: Just a year ago, applicants had to surrender their user name password to interviewers. The practice would likely have continued if employees hadn’t complained to the ACLU.

Sullivan says that colleges are getting in on the act as well, requiring that members of school’s sports teams “friend” a coach or designated monitor. Once friended, students are further required to grant their social media minder “friends only” access, allowing them to see most of their Facebook activity. This isn’t being done in secret, either. The University of North Carolina reportedly went so far as to codify the policy in the student handbook. From Sullivan’s report:

“Each team must identify at least one coach or administrator who is responsible for having access to and regularly monitoring the content of team members’ social networking sites and postings,” it reads. “The athletics department also reserves the right to have other staff members monitor athletes’ posts.”

Ostensibly, these in-depth checks are designed to ferret out activity that is embarrassing, or illegal. In the case of Corrections officers, one main concern is gang affiliations. Meanwhile, colleges are concerned about scandals and potentially embarrassing behavior on the part of their students. However, all of these policies are built on the same backwards mindset that Facebook itself holds: If people don’t do anything wrong, they will have nothing to hide. Personally, I have lots I like to hide, and thankfully I am free to do so.

It’s easy to see how this could spin out of control. Perhaps after looking over your Facebook profile, an employer decides he or she doesn’t like how much time you spend on FarmVille (a time waster!) or the discussions you’re having about politics or religion. While it’s horrific that those in positions of power would demand this kind of personal access, it’s equally disheartening that people were willing to hand over their private lives for a job.

There are currently few protections for everyday folks from being pressured into releasing this kind of personal information. In response to the Department of Corrections reviews, Maryland is reportedly working on legislation to prevent this kind of behavior. Unfortunately, everyone else will have to fend for themselves.