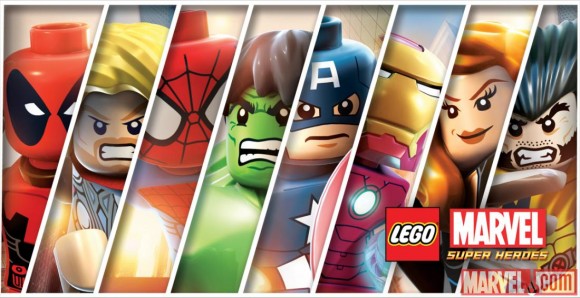 With LEGO producing toy sets for the Marvel Universe, it was only a matter of time before a deal for a video game was struck. We just found out it’s officially happening! So when can you expect to Hulk Smash some LEGO blocks?

LEGO Marvel Super Heroes it will be called, sticking with the branding of their toy line. According to the press release:

“Nick Fury calls upon Iron Man, the Hulk, Thor, Spider-Man, Wolverine and other heroes spanning the Marvel Universe to save Earth from such threats as the vengeance of Loki and the hunger of Galactus, Devourer of the Worlds,” they write. “players will unlock more than 100 characters from across the Marvel Universe, including fan favorites like Spider-Man, Iron Man, Wolverine, Captain America, the Hulk, Thor, Black Widow, Hawkeye, Deadpool, Loki and Galactus!”

Much like the Marvel comics and films, the game will explore real-world locations like New York. “Fans of both LEGO and Marvel have wanted this game for years, and we’re addressing that demand with more Marvel Universe characters than ever in a console game,” said TQ Jefferson, Vice President, Games Production, Marvel Entertainment.

I’m a little behind on my LEGO video games but I can’t wait to get my hands on this one.