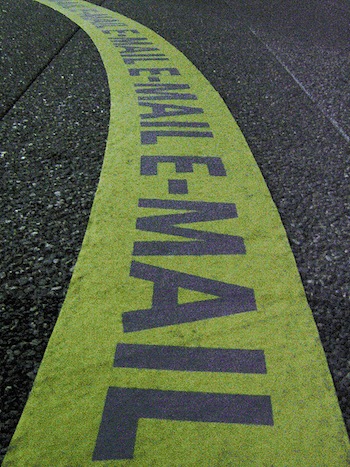 Sending an inappropriately revealing email to the wrong person is the working adult equivalent of that high school nightmare where you show up to school naked: It’s something you’re pretty sure you’ll never do, but thinking about the idea just stresses you out. Unfortunately for some of us, making a mistake while writing an email is much easier to do than leaving the house without figuring that you’re naked. Taliban spokesman Qari Yousuf Ahmedi learned that the hard way yesterday when he sent a press release that accidentally outed his entire mailing list.

Mr. Ahmedi thought he had it easy. All he had to do was forward a message from another Taliban representative to his contacts. Unfortunately for him, Ahmedi pasted the list into “carbon copy” (CC) box instead of the “blind carbon copy” BCC box, so everyone who received the mailing was able to check ridiculousout who else was getting the message.

Believe it or not, the Taliban sends messages to the media on a somewhat regular basis. Mostly, their releases claim responsibility for terror attacks. According to ABC News, the releases are known for regularly exaggerating the success of their attacks.

Since the email was a press release meant for media consumption, most of 400+ members of the mailing list were journalists, though the message also went out to a slew Afghan academics and activists, as well as a few government officials, including a provincial governor. One address on the list was tied to a representative of Gulbuddein Hekmatar, leader of Hezb-i-Islami, a terrorist group which may or may not be responsible for a series of attacks against coalition troops.

Man, that guy is going to have the worst monday ever next week.