If You’re A Jerk While Playing League of Legends, You’re Going To Get Blocked From Matches

Take notes, all other game companies. 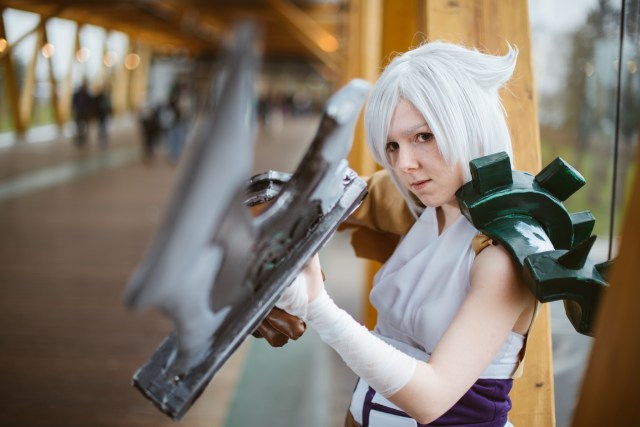 Riot Games have introduced a new rule to League of Legends which would effectively stop all toxic players from entering into matches until they stopped being such total jerkfaces. We approve.

Developers at Riot posted on the League forum, letting players know that they will be introducing a new rule called Ranked Restrictions. Rolling out on servers in North America and Europe in the latest patch, this new service will monitor in-game chat, restricting “negative players,” and preventing them from joining ranked (read: Important) matches until they’ve played a set number of normal draft (read: Not Important) matches without behaving like a complete asshole.

While these “negative” players are hanging out in normal land, they’re also restricted from chat – but they can still be reported by others if they continue to be toxic butts. Once the players have completed their time in the League penalty box, Riot staff will evaluate them to ensure that they’ve actually improved their behavior. If not, they’re still not allowed back into ranked matches.

Riot has been on a long journey to eliminate total jerkoffs from their servers, and their post about the new rules is both firm and fair:

Related to Ranked Restrictions, we’ve determined that Ranked Rewards should reward positive sportsmanship just as much as they reward great play, so the most negative players who are Ranked Restricted at the end of the season will be ineligible to earn ranked end of season rewards such as the loading screen borders or Victorious Morgana champion skin.

While the majority of players will not be affected by this ruling, we wanted to message it well in advance so that players concerned about their behavior have more than enough time to adjust and reform before the end of the season.

There are some concerns with Ranked Restrictions; complaints on the forum include typical offensive garbage, but also valid points about turning the normal draft – where many players go for a more fun, relaxed League experience – into havens for troll scum.

Still, I think that Riot is successfully implementing a series of tightly-monitored restrictions to prohibit total assbaggery in their games, and that’s honestly not something you can say about any other company that hosts huge numbers of online gamers. If Xbox Live cared even a fraction as much about moderating harassment as Riot did, we might not find ourselves with the current toxicity level in gaming culture that we’re stuck with today. By giving players both immediate (banning) and long-term (no goodies) consequences for their little whiny baby actions, Riot is doing a great job to discourage players from harassing each other online. Keep it up, Riot. You’re alright by us.

(via Eurogamer, image via Kmeron)