Co-Founder of Oracle Buys a Freakin’ Hawaiian Island, Has More Money Than God 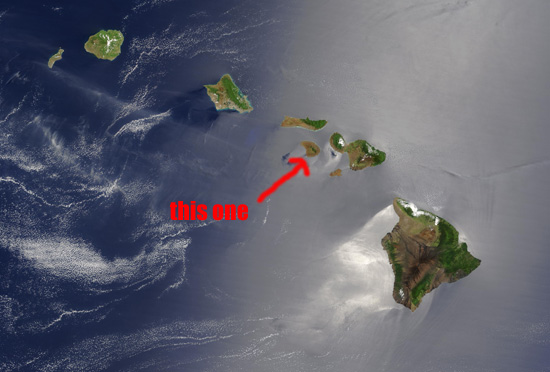 America’s third richest man, and co-founder of the venerable Oracle computer company, Larry Ellison, has a lot of money — about $3.6 billion. Most of us will never have anything approaching that kind of wealth, and must look to people like Ellison for object lessons on how to live with so much scratch. Ellison recently revealed a new way of coping with scads of cash: Buy a Hawaiian island.

The deal, revealed yesterday by papers filed with state regulators, has scored Ellison Lanai — the sixth largest island in the Hawaiian archipelago. The 140.5 square mile island boasts one school, one city, no traffic lights, and is home to some 3,102 people as of 2010. It’s also dappled with golf courses and a few luxury resorts. In addition to the island, Ellison will also take control of horse stables, a solar farm, two water companies, and a few other odds and ends.

Though the exact cost of the United States’ 42nd largest island was not disclosed, the SF Gate reports that the Hawaiian Public Utilities Commission described the sale as costing “hundreds of millions of dollars.”

The SF Gate went on to speak with local residents, whose bewilderment at the enormous sale was clear:

“It’s kind of strange that in 2012, a medieval system of having one man own an island in the middle of the state, on which 3,000 people live, can still exist,” said Robin Kaye, who has lived on Lanai with his family since 2005. “It’s very bizarre.”

Now that Ellison is comparable to a feudal lord, can we expect him to use the rest of his billions to build a secret island lair? Ellison, don’t let us down!