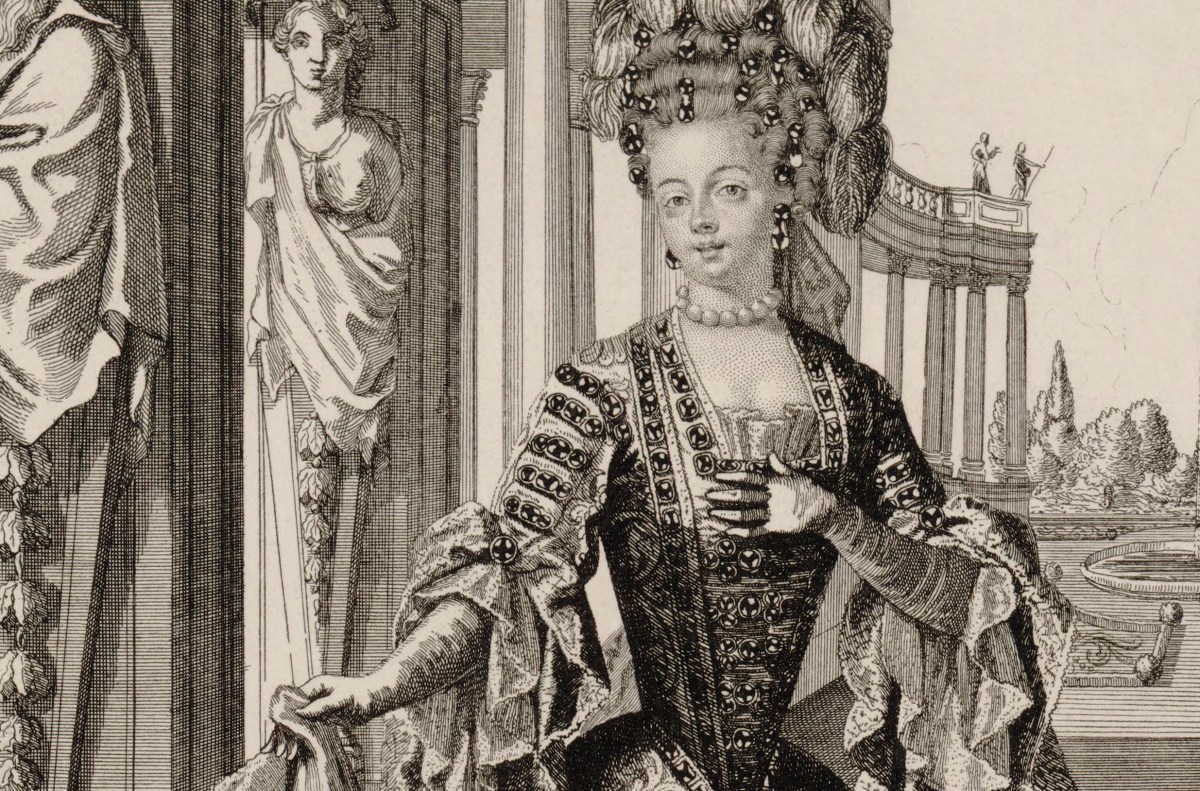 Once again I am here to make demands of Hollywood. I’ve written about how I want, nay, need a prestige series about Empress Matilda and now I am here again with another amazing woman from history who deserves her moment in the pop-culture sun. Her name is Julie d’Aubigny, also known a La Maupin, and she lived a legendary life in the late 17th century. A series about her would be like if Gentleman Jack and Versailles had a beautiful opera-singing baby.

Let me tell you about Julie d’Aubingny. Or at least what I can. The details of her life are spotty in some places and much of her adventures have been embellished and become legends. She was born around 1670 or 1673. Julie (we think that was her given name) was the child of the Secretary of Louis XIV’s Master of Horse, Count d’Armagnac, which means she grew up close to the court and the royal stables (which in this case might be much nicer than it sounds).

La Maupin‘s father was an accomplished swordsman who trained the pages of the court in fencing, and Julie joined in the lessons. And she was good. Her father also had a generally rough lifestyle so she learned to ride, drink, and gamble from dad too and she preferred to dress as a boy. There was some conflict in that great father-daughter dynamic in that she also had an affair with her father’s boss, the influential Count d’Armagnac. She was possibly 14 at this time.

Also around this time, as she was getting a bit wilder, as well as married! Besides all the fights and affairs, Julie was married to a mild clerk named Maupin, probably not her idea. That didn’t last. Sure she stayed married and used the name Maupin, but she also ran away with another swordsman named Séranne. They made money giving fencing exhibitions and just plain fighting people, with La Maupin in male clothes though not concealing that she was female. Once when a member of a crowd said she couldn’t be a woman she threw open her shirt to prove she was.

Her other method of making money was to sing, and though she had no formal opera training, she gained work as an operatic contralto in between her frequent duels with men. She had an amazing memory and could learn her music very quickly, and was a smash on stage in Marseille. She created several roles and sang opera for the rest of her life. But her dueling never stoped and she killed or wounded 10 men and had to be pardoned by the King. Twice.

At some point, she’d ditched Séranne, and was having the time of her life. As a singer, she fell in love with a woman whose family was having none of that. The girl was shipped off to a convent … which isn’t the best way to keep females apart? La Maupin snuck into the convent disguised as a nun. To fool the convent La Maupin replaced her girlfriend’s body in her room … with the body of a dead nun. Then as they escaped the convent, La Maupin SET IT ON FIRE.

La Maupin’s life was so incredibly wild, but there are a lot of details missing and that means that she’s ripe for a Hollywood adaptation, because there’s so much we could do here. She apparently died at the age of 34, having returned to her husband, but honestly, we don’t have to go with that. Hollywood could write their own ending.

There have of course been adaptations showing La Maupin on screen and in novels, most famously in the 1835 story by Théophile Gautier, Mademoiselle Maupin. And there have been series about La Maupin … in French and Italian. But I seriously would love to see her portrayed on a premium cable or streaming network that could truly capture the excitement and decadence of La Maupin’s life. This was a woman who would fight three men at a party, win, then go back in to make out with their wives. She was amazing, and think of the fun a series could have with her.

Make it happen, Hollywood. I’ll help you write it!