Where Is My Epic Series on Empress Matilda, the First Woman To Claim the English Crown? 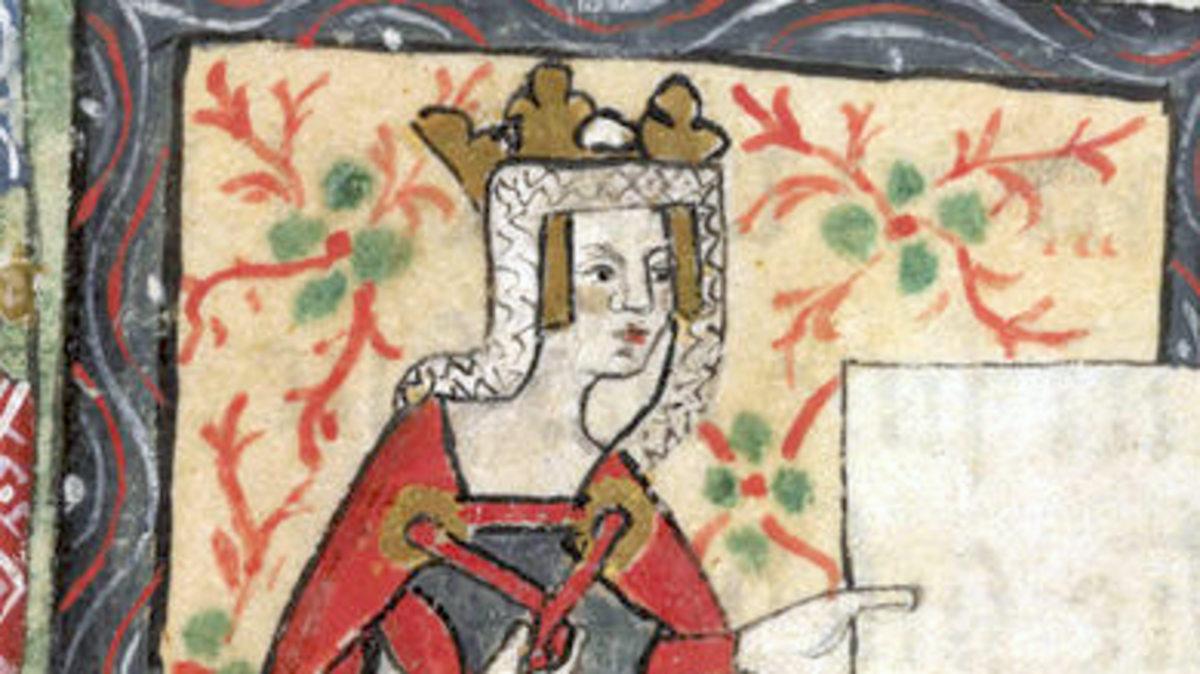 Soon, Starz will begin to air season two of The Spanish Princess, which dramatizes the life of Catherine of Aragon. And while I’m not mad that we’re getting more of yet another period drama about the Tudors, I wish that television creatives, and regular folks interested in English history, would go much further. There’s so much other dramatic stuff in English history, and one of the most interesting characters from one of the most dramatic eras is Empress Matilda, the first woman to try to claim the English crown.

Matilda, also known as Maud, was the daughter of King Henry I of England, who was himself the fourth son of William the Conqueror. Her life was amazing, and the conflict over the English succession she took part in, called “The Anarchy,” was a fascinating time in history.

Matilda was born in 1102, just two years into her father’s reign. Matilda’s life was dramatic from the start. Not only was she the daughter of the king and sister to the future King, William, but she was also engaged at a young age and married of to the Holy Roman Emperor Henry V. She was sent to Germany as part of her betrothal to Henry when she was just eight years old, when Henry was twenty-four! When she hit the age of twelve they were officially married and she was crowned Empress.

When Matilda was just 23, Henry died of cancer. At that point Matilda technically stopped being an Empress, but … it’s a good title, so she hung onto it. By this time she’d served as a regent, had a seat on important counsels, and traveled with her husband across Europe. This was important because five years before, in 1120, William, Matilda’s brother, and heir to the English throne had died on The White Ship, a maritime disaster. By 1125, after some lobbying, Matilda had been recognized as Henry II’s heir.

But it wasn’t going to be easy. Matilda remarried Geoffrey of Anjou, known as Geoffrey Plantagenet, who she didn’t much like at first. But … politics. After pressure from her father, she also finally had children. First came Henry, then came her second son, Geoffrey, whose birth nearly killed Matilda. But she survived, even as her relationship with her father back in England became strained.

Geoffrey and Matilda were on the outs with Henry I when he died in 1135, and so a succession crisis ensued. The throne should have by rights gone to Matilda, and also Geoffrey. The English did not like this idea and so they favored the succession of Stephen of Blois, Matilda’s cousin via her father’s sister. He was a male heir to William the Conqueror, and he also got to London and secured the support of the Lords first, and so he was crowned king.

But it wasn’t over. Matilda, Geoffrey, and Robert of Gloucester, Matilda’s half brother (Henry I had a lot of mistresses and kids), allied. In 1138 Robert led a rebellion and declared for Matilda, and began what is referred to as “The Anarchy.” Though this war of succession wasn’t that much worse than any of the other such conflicts (and there were many) it would make a great name for a TV show.

The conflict between Matilda and Stephen went on for years, with the advantage going back and forth between them. At one point in 1141, Stephen was captured, the clergy declared Matilda queen and she went to London to be crowned … only to be driven out because no one in London much liked her. She was nearly captured and Robert of Gloucester was captured. Prisoners were exchanged, Kings were captured and lost … it was all quite dramatic, and in 1148 Matilda retreated back to Normandy, which Geoffrey had conquered.

In 1151 Geoffrey died, making his son with Matilda, Henry Plantagenet, ruler of Normandy and Anjou. He married the ex-wife of the king of France, a woman you may have heard of called Eleanor of Aquitane. Henry, therefore, also ruled Aquitaine and made the bold move of going to England and making Stephen acknowledge him as heir. He did. That worked out as Stephen died in 1154 and Henry succeeded him as Henry II.

Matilda never got the crown of England, but she saw her son become the ruler of his own Empire, the Angevin Empire, and the founder of a powerful dynasty. Matilda remained in Normandy, pretty much ruling it until her death at the age of 65.

Matilda’s life was epic, and there’s enough intrigue and drama here to fill seasons worth of a series. There are conflicts with the Church, illegitimate heirs, powerful women, betrayals, and battles galore. It’s a rich and amazing part of history, with characters who are well-known and others who have been largely forgotten, and it would make such great television (not a movie, there’s too much story). It even falls right between two eras that have also had the television treatment, the unification of England seen in The Last Kingdom and the War of the Roses, as we’ve seen in The White Queen.

So get on this, Hollywood. Or call me. I have ideas.