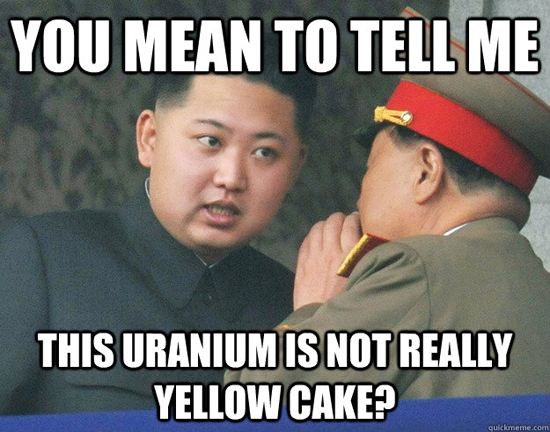 You would think that, by now, traditional businesses would have learned not to offer online polls. The Internet can quickly become a hive of trolls, wreaking havoc in whatever way they can. Yet Time‘s reader poll for Person of the Year went up, same as always, and didn’t even include rudimentary measures to prevent folks from abusing the voting system. Now that the vote has concluded, it’s pretty clear that something went awry. Kim Jong Un, the glorious leader of North Korea, won.

No, seriously. Time blames the wonky results on “Internet forums like 4Chan” manipulating the list. This wouldn’t be the first time Internet pranksters from 4chan have disrupted online polls, like the ill-fated Mountain Dew naming contest, and it certainly won’t be the last. Dropping the North Korean leader from his rightful spot on top of the list would go against everything that a reader poll is meant to be, so it’s likely that he’ll stay the official winner and those in charge will just have to eat crow.

Though this is particularly amusing, the person that’ll end up on the cover of Time is still up to the editors. They’re not obligated to pick Kim Jong Un just because he won, and they have their own selection process. Still, it surely won’t take long for news to disseminate across North Korea that their dictator has won. We’re now taking bets on how seriously they’ll take it on a scale from one to unicorn lair.