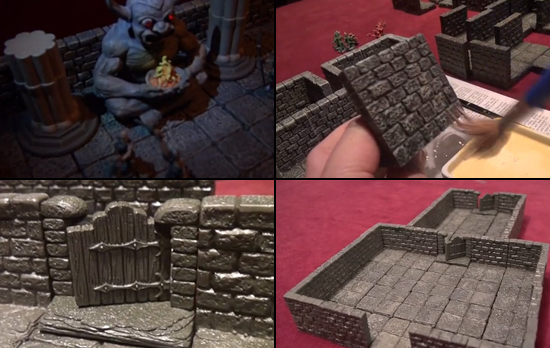 Dwarven Forge sets are like the LEGO of hardcore D&D-type geeks. They’re high-quality, interlocking 3D dungeon pieces that you can use with miniatures to make any game visually more incredible, but they’re just as fun to play around with aimlessly. The problem is, Dwarven Forge sets are expensive — like $135 for a basic 37-piece dungeon set. But not for long! Stefan Pokorny, CEO and artist behind Dwarven Forge, has just launched a Kickstarter to produce new tiles that are affordable for everyone.

If you’ve ever been to a gaming convention — like Gen Con or Origins — then you’ll definitely have seen some Dwarven Forge sets sprawled out on some tables. They’re amazing, but they’re also incredibly expensive.

This new Kickstarter will create a new series called Game Tiles, and they’re made of a durable, yet cheaper resin that will make sets like this much more affordable. Right now the Dwarven Forge is set to create three basic pieces which can be placed together in tons of different ways. 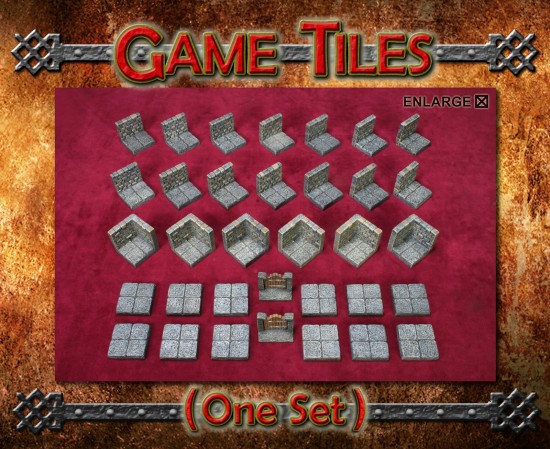 They’re also a base gray in color, which is perfectly serviceable for dungeons, but they’re easily paintable. After 17 years of producing detailed, fully painted sets, that’s a first. But there’s a real market for painting your own, as Warhammer 40k knows well.

The good news is, this Kickstarter launched today and is already funded, but Dwarven Forge has already laid out some stretch goals. The more funding it gets, the more each future customer (or backer) will get with each set. The pieces will become more numerous, and more versatile.

I’ve personally run a D&D game or two using Dwarven Forge pieces, and everyone seems to love them, but I always wistfully explain to them that, “yeah, they’re unfortunately rather pricey.” With this Game Tiles business, that promises to be a lie.

Watch the video and visit the Kickstarter page. Pokorny, a sculptor, artist, and man of boundless energy, explains the reason for this new endeavor. See what you think.

(via Kickstarter, images courtesy of Kickstarter and ClockworkGrue on Flickr)