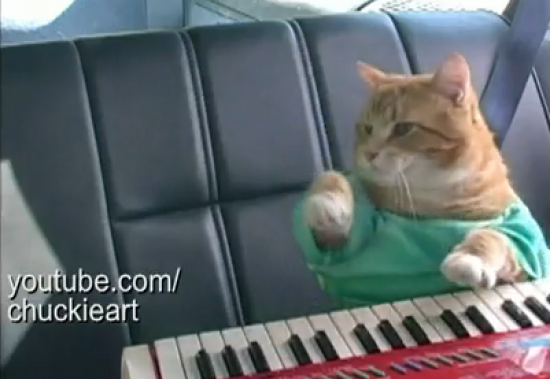 One of the most popular and culturally significant videos on YouTube.com concerns a cat named Fatso playing a keyboard; another concerns a child who has recently gone under anesthesia whilst having a tooth removed at the dentist speaking rather incoherently in the back seat of a car.

Thus, it was inevitable that someone — in this case, the team behind the aforementioned cat video — would make a video about a cat who has gone under anesthesia at the dentist playing a keyboard in the back seat of a car and doing so rather incoherently.

But do you know what? We like it. I found this video on BuzzFeed and was described by how many “broken hearts” [expressions of disapproval] it had; 19 broken hearts versus just 2 whole and healthy hearts. Really now? Even if this is an inhuman and inevitable synthesis of memes, it’s actually pretty funny. Haters.