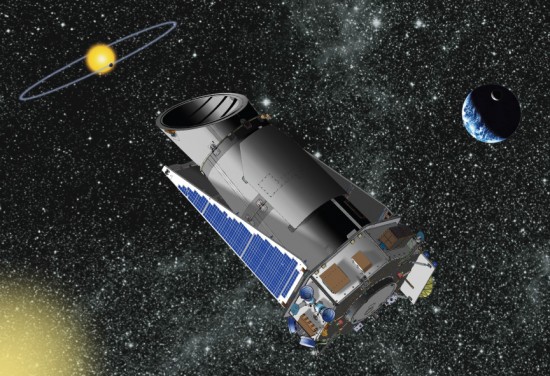 If there’s one thing space nerds love to complain about, it’s the state of the NASA budget. Thankfully saved from the chopping block is the Kepler mission, which since 2009 has been searching the skies for exoplanets with remarkable success. What may surprise some is that Kepler was meant to be a 3.5 year mission to seek out strange new worlds. Thankfully, the probe’s hunt for alien worlds has now been extended until 2016.

The news comes from NASA’s 2012 Senior Review of Operating Missions in the NASA Astrophysics Division, and is basically a rundown of what projects within that division will live another day. Thankfully, it was a good year for astrophysics and Kepler, along with all nine astrophysics projects, will continue for the time being. In the case of Kepler, the program was recommended to continue through 2016 with another review in 2014.

In the report, NASA praised Kepler for its outstanding work in tracking down distant worlds. In the three years since its launch, the probe has uncovered over 2,000 potential exoplanet systems (about 2,326 potential individual planets)  and 61 confirmed planets. In order to find these far-flung planets, Kepler has kept its 95-megapixel camera trained on a patch of about 170,000 stars and compared the brightness in successive images. Using this technique, scientists can detect when a star dims slightly as a planet passes between the star and Kepler.

Though the number of “potential” planets is a bit daunting, the review notes that Kepler’s accuracy at finding planets is about 90%. The review also notes that exciting new work in the study of stars can be done with Kepler’s data, expanding the role the probe could play in the scientific world.

While the continuation of the Kepler mission has much to do with the good science it has produced, it’s also motivated by goals yet to be achieved. For instance, a key goal of the project was to determine the number of habitable, rocky, Earth-like planets. The report says that given the limitations of the probe, it would take a six to eight year mission extension to find and catalog all these potentially habitable planets. The report also notes that, given the probes’ limitation at determining mass, it may only ever be able to calculate an upper limit to the number of rocky, Earth-like planets.

That said, Kepler has done remarkably good work and produced a lot of exciting science that has captured the public imagination. Though it may cost the agency an estimated $20 million a year to keep the $600 million observatory working, it appears as though NASA considers Kepler a worthy investment. Which it well should, since Kepler is actively trying to answer questions many want to know.