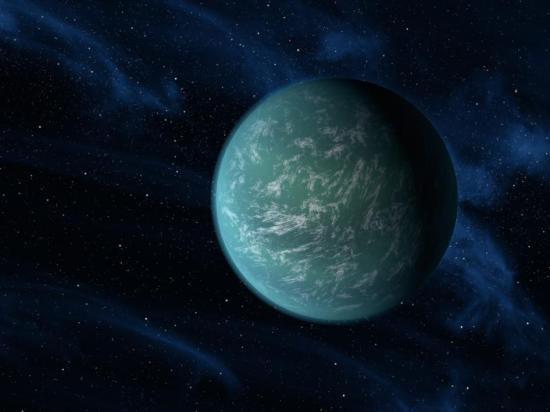 According to NASA, their exoplanet-spotting Kepler probe has discovered its first ever exoplanet that orbits a star in the so-called “habitable zone.” This zone is a reference to the distance at which the planet orbits its parent star, and means that it is warm enough for liquid water to exist on the planet’s surface. Tantalizingly, the planet appears to be comparable in size to the Earth, and the sun is similar to our own star.

Called Kepler-22b, the planet is some 600 lightyears away and 2.4 times the diameter of Earth. Though larger than our own world, the planet is the smallest yet detected within the region scientists think most conducive for life. The planet also has a similar orbit to ours, taking some 290 days to circle its star. Also, the star it orbits is a G-type star which is the same as our own sun, albeit Kepler-22b’s is slightly smaller and cooler than our own sun. These parallels between Kepler-22b and Earth will surely raise hopes that the distant planet could harbor life.

Though the news is certainly a major milestone for the Kepler probe, as well as the search for habitable exoplanets, some important questions remain. Undoubtedly, the most important of these is whether or not Kepler-22b is of a rocky or gaseous composition. Given the distances involved, scientists might have a hard time working that one out.

In order to find planets, the Kepler probe keeps a constant eye on some 150,000 stars. It detects planets by watching for the slight dimming effect caused by an orbiting exoplanet passing between the star and Kepler. This is called a “transit.” In order to confirm the existence of a planet, the probe needs to observe at least three transits.

In addition to the exciting news about Kepler-22b, the planet is certainly not alone. In its observations, the Kepler probe has identified some 54 planets which could also orbit within the habitable zone. These are in turn a fraction of the 207 Earth-sized planets the probe has observed, and only a small portion of the 2,326 planets the probe has identified since coming online. No matter how you cut it, this satellite is churning out reams of good science.

(via NASA, artist’s conception of Kepler-22b via NASA)