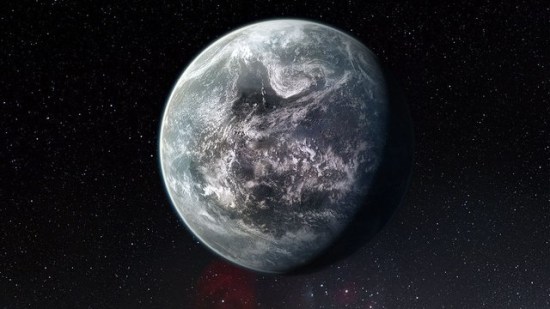 The HARPS team at the La Silla Observatory in Chile recently discovered a slew of 50 exoplanets in one go. Of these 50, there is one that is particularly interesting as it may be able to support life: HD 85512 b. This rocky planet that is about 3 times the mass of Earth and sits on the edge of its star’s habitable area. Early calculations suggest it has an average temperature around 77 degrees Fahrenheit, a fact which in turn suggests it has 50% cloud cover — both very Earthlike qualities. As much as we’d all like it to be a potential Earth 2, it’s worth keeping in mind that this isn’t a sure thing, yet.

You remember, perhaps, Gliese 581g which was also touted to be an Earthlike, potentially life-sustaining planet until its discovery fell into question. While that is unlikely to happen a second time, it’s possible that HD 85512 b’s clouds might be made of something other than water or that there is no water on the planet at all. It’s hard to tell.

For the moment, the HARPS team is pretty optimistic about the possibilities. In the paper that announced the planet’s discovery, author Lisa Kaltnegger and co-authors said:

We find that HD 85512 b could be potentially habitable if the planet exhibits more than 50% cloud coverage. HD 85512 b is, with Gl 581 d, the best candidate for exploring habitability to date, a planet on the edge of habitability.

While nothing is certain at the moment, things definitely look promising. First off, the HARPS team managed to discover around 50 planets with no sweat, so there’s no shortage of options to look at. Second, their discoveries seem to suggest that Super-Earth planets (rocky planets up to 20 times the mass of Earth), are far more common than previously assumed. There’s no telling whether or not HD 85512 b will look as promising on closer inspection, but we can only hope similar Super-Earth planets will continue to be found. Can’t have too many potential future Earths, right?

(story and image via io9)