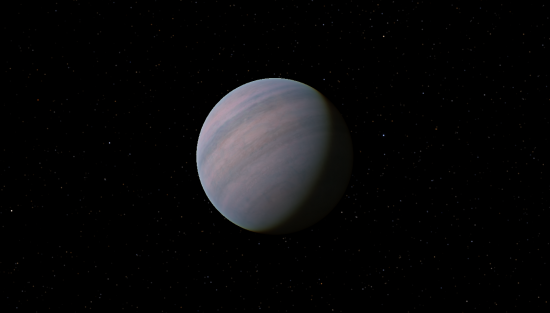 I’ll hedge the headline and point out that it is as “confirmed” as anything 20 light-years away from Earth can be. That said, new research is presenting a strong argument that the rocky planet Gliese 581d could, indeed, harbor life. Readers will recall the name as just over a year ago that its neighbor, Gliese 581g, was thought to be habitable. Those hopes were dashed, when further research showed that 581g may not even exist.

581d on the other hand has much better chances. It orbits towards the edge of the so-called “Goldilocks zone,” an orbit far enough away from a star where conditions are “just right” for life. The planet is larger than Earth, exerting about twice our home planet’s gravity, and has a thick carbon-dioxide atmosphere. According to France’s National Centre for Scientific Research, which modeled the conditions of 581d, liquid water and possibly oceans could exist on the planet.

But because 581d orbits a red dwarf star, it would be a strange world, indeed. Cosmos magazine quotes the CNRS as saying, “the denser air and thick clouds would keep the surface in a perpetual murky red twilight.” It should be noted that many fine, and upstanding citizens have come from such crimson-colored solar systems and done quite well for themselves.

Visiting Gliese 581d is, given our current technology, nearly impossible, to say the least. At the speed of light, it would be a brisk 20 year trip; with our current technology it would take about 300,000 years. But that is not likely to deter researchers from pondering the possibilities of this far-off world.