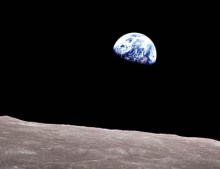 Earlier this year, the Kepler orbiting observatory had its first 136 days of gathered information released, and out of around 150,000 stars observed, it found 1,235 potential exoplanets. Since the release of information, researchers have primarily been studying said information in order to identify the characteristics of the found exoplanets. However, the research contains so much data that it lends itself well to statistical analyses, and from these analyses, researchers are able to make projections.

By examining the Kepler data and focusing only on stars that are similar to our sun, Wesley Traub of the California Institute of Technology has found how often different types of planets occur, finding that about one-third of stars similar to our sun are likely to have at least one terrestrial planet located in its sun’s habitable zone. Traub also found that mid-size planets are just as likely to be found around bright stars as they are likely to be found around faint ones, though fewer small planets show up around faint stars, but this is most likely because there is less light for Kepler to see them. This doesn’t come as too surprising, considering the universe is supposed to be infinite, and coupled with probability’s sake, there are bound to be a bunch of mid-size planets in stars’ habitable zones.