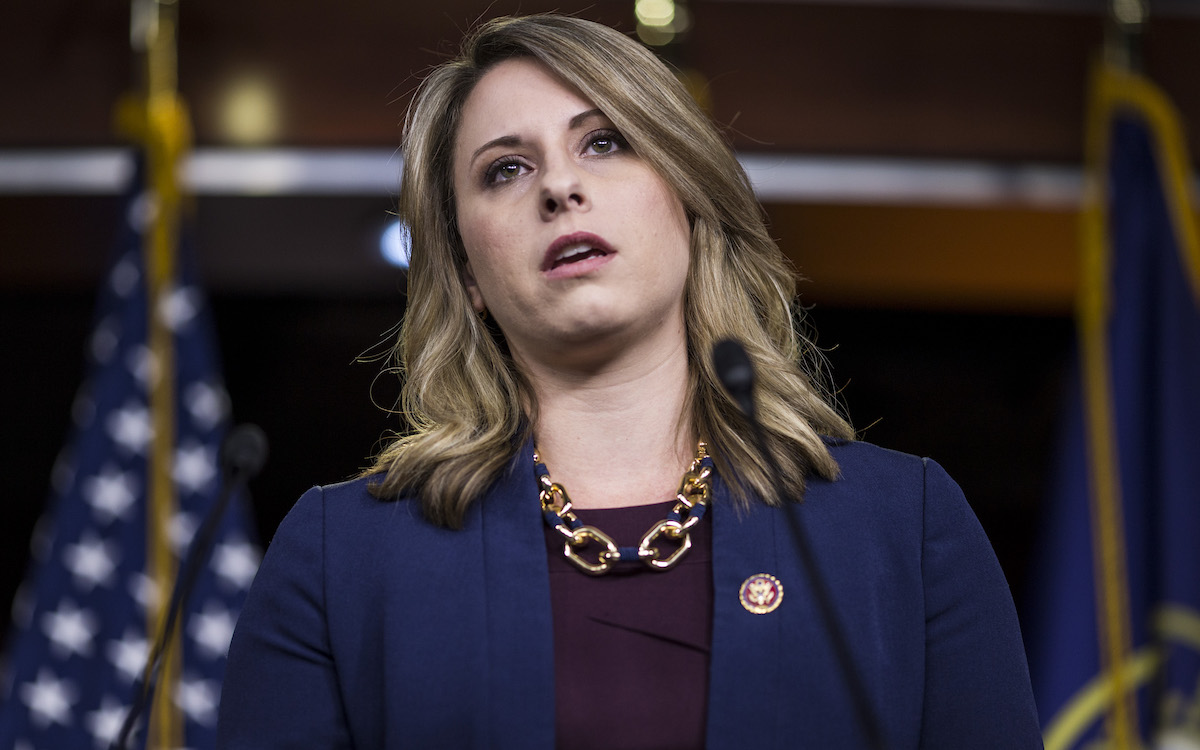 The friendship between Rep. Matt Gaetz (R-FL) and former Democratic Congresswoman Katie Hill was always perplexing. The two would publicly defend each other in times of crisis. He was the first of her colleagues to come to her defense when nude photos of her were leaked to the right-wing media. When Gaetz revealed that he had an adopted teenage Cuban son, she defended him amidst the pure bafflement being shared online (though she ignored the actual reason for the derision towards Gaetz, which wasn’t the fact that he adopted a son, but that he only revealed that fact as a political “gotcha” moment during a discussion about police brutality targeting Black men and boys.)

In an op-ed for Vanity Fair, Hill is now calling Gaetz out for his hypocrisy, as he stood up for her when her nude photos were leaked, while he has now been accused of showing his colleagues nude photos and videos of women he’s slept with.

“Sharing intimate images or videos of someone without their consent should be illegal, plain and simple. It shouldn’t matter if it was done to hurt someone, as with revenge porn, or to brag about your sexual conquests, like Matt has been accused of doing,” Hill writes. “In fact, I’ve spent the last few months advocating for a bill called the SHIELD Act to be included as part of the Violence Against Women Reauthorization Act, which just passed the House and is headed to the Senate. If enacted, it will become a federal crime to knowingly distribute an intimate visual depiction of someone without their permission.”

Gaetz, she notes, voted against that bill.

Of course, the accusations against Gaetz, like those against Hill, are about much more than pictures. Both have been accused of inappropriate sexual relationships, some of which constitute unethical abuses of power, and some of which violate federal laws (for Gaetz) and Congressional rules (for Hill).

Hill spends much of the essay attempting to provide some context for her friendship with Gaetz. They were close in age when most of their colleagues are multiple generations removed. He offered her support during her divorce. Her mother, for the record, “didn’t like” their friendship. “From the very beginning she’d told me to be careful and not to trust him,” Hill writes.

She also describes how she never understood Gaetz’s affinity for Donald Trump, and that after Trump’s election loss, she was dismayed by Gaetz’s perpetuation of baseless claims of election fraud. “When Matt doubled down after the January 6 insurrection, I questioned how I could have ever considered us friends.”

Hill makes a few oblique references to the double standard between her resignation and the many Republican men accused of sexual misconduct who have not faced such consequences. She says that whenever these kinds of accusations come out, her phone blows up.

“Supporters want to know, ‘How can this person still be in office but you’re not?’ Reporters ask, ‘How does it make you feel that so-and-so refuses to resign?’ My mom just says, ‘I love you and I hope you are doing okay,’ because she already knows the answer.”

Hill doesn’t comment directly on the double standard, but she does add her voice to those calling for Gaetz’s resignation—if the claims are true, she says, not going so far as to state whether or not she believes them to be. (Although just writing the op-ed is a tacit implication that she does.)

“Let me state it as clearly as possible,” Hill writes, “If, despite his denials, Matt Gaetz did have sex with a minor, if he did provide girls and young women with drugs and money and gifts in exchange for sex, if he did ask these girls and young women to recruit other women for the same purpose, and if he did show his colleagues images of nude women without their consent, he needs to be held responsible. Some of these actions are criminal and some of them should be. All are morally reprehensible and unacceptable for a lawmaker.”

“If there is even a fraction of truth to these reports, he should resign immediately.”