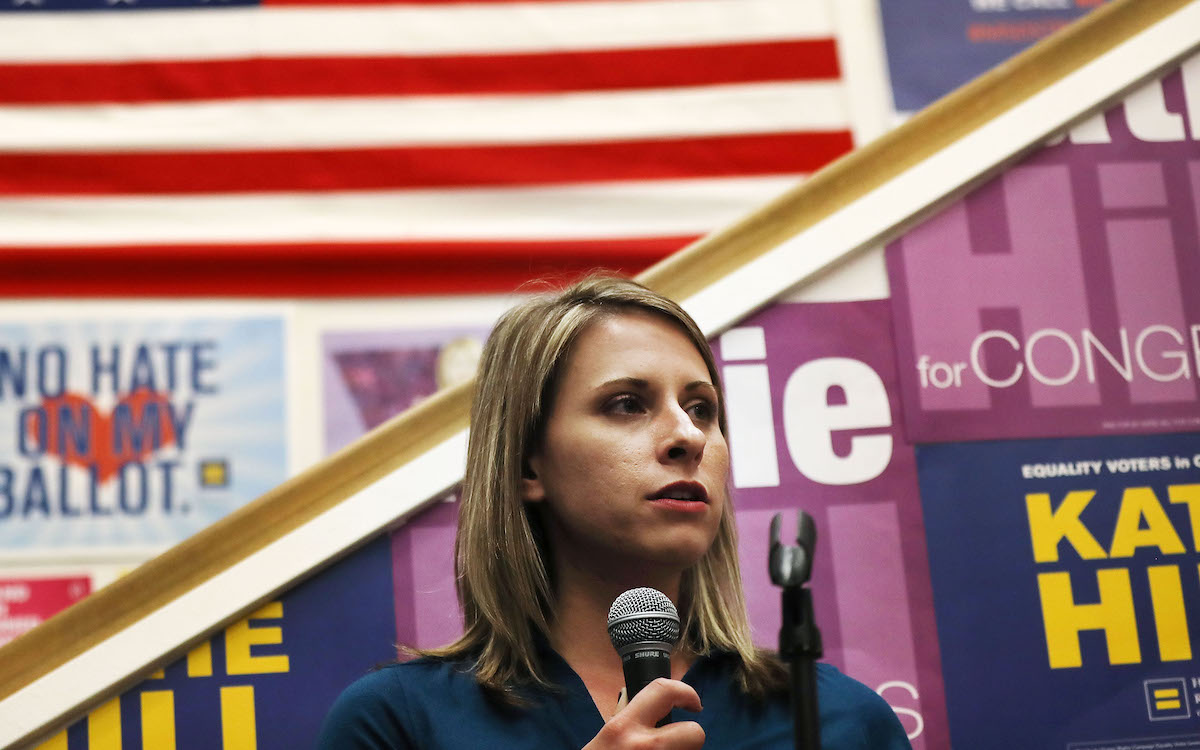 Freshman Congresswoman Katie Hill announced she was resigning Sunday, in part because of an inappropriate relationship with a member of her staff. Hill had been in the midst of a Congressional ethics investigation in response to allegations of a relationship with a male staffer, which she’s denied (and which appear to have originated in a Facebook post written by her ex-husband) though she has admitted to a consensual relationship with a female campaign staffer before her election to office.

However, that is only one part of the story here. Yet, unsurprisingly, it’s the only aspect being reported on by far too many outlets.

The other part of this story is that some rightwing news outlets have been publishing intimate photos of Hill, which she says were obtained from her husband, whom she’s in the process of divorcing and whom she’s called abusive. The conservative tabloid RedState was the first to publish the photos, with the Daily Mail following suit soon after.

In her statement announcing her resignation, Hill writes, “This is what needs to happen so that the good people who supported me will no longer be subjected to the pain inflicted by my abusive husband and the brutality of hateful political operatives who seem to happily provide a platform to a monster who is driving a smear campaign built around cyber exploitation.”

It is with a broken heart that today I announce my resignation from Congress. This is the hardest thing I have ever had to do, but I believe it is the best thing for my constituents, my community, and our country.

See my official statement below. pic.twitter.com/nG97RQIwvO

A lot of people are calling out the double standard of women resigning for something that her male colleagues so often see swept under the rug. They’re pointing to lawmakers like, as just one recent example out of so many available, California’s Duncan Hunter, who has been accused of illegally spending campaign contributions on things like vacations and alcohol with five different women with whom he was having affairs, including one staffer. His lawyers’ actual defense is that he was just “mixing business with pleasure.”

Personally, I don’t like the don’t punish Democrats because Republicans are worse argument (aka the Al Franken defense) and I respect people like Hill who want to hold themselves to a higher standard than men like Hunter. That doesn’t mean I think this specific consensual relationship was unethical enough to warrant her resignation, but that doesn’t matter. As Hill makes clear in her statement above, this isn’t about an affair; it’s about an abusive relationship that rightwing media outlets are exploiting for political gain.