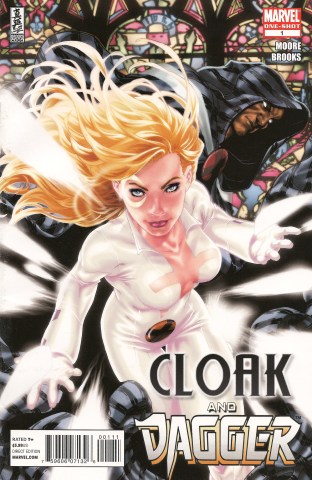 I was really excited when Freeform announced they are adapting Marvel’s Cloak and Dagger as a live-action TV show. However, there’s at least one person out there who’s a little wary. Step Aside, Pops’ Kate Beaton’s response to the news of a Cloak and Dagger series was a hilarious Twitter tirade about “tit windows.”

The windows in question belong to Tandy Bowen, aka Dagger, who’s been drawn in variations of the same boob-and-torso-baring costume for her entire 30+ year existence. The costume is absolutely ridiculous, although it has gone through some changes, and the version of Dagger’s costume in Runaways is one of the most tasteful, probably because it’s a teen book where Cloak and Dagger are around other, less scantily-clad teens: 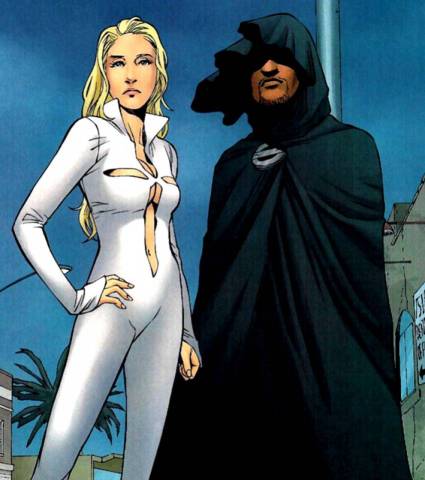 Pajiba rounded up a series of tweets where Beaton talks about her many feelings surrounding the controversial costume. She started off with a couple of off-the-cuff jokes brought on by the announcement:

tit windows, needs more tit windows https://t.co/x24OQzKXiW for tits, for looking at tits through the windows, tits to look at

just two teens with special powers trying to figure out the world, really. but seriously cut a hole right where the tits are, have to see

imagine having to imagine tits are probably there, not seeing them all the time, if a tit falls in the woods does it even make a sound

if only Marvel whoever admitted “I like to jack off to this” instead of whatever they actually say. It’s TIT WINDOWS wtf else are they for

She continued the following day

Some people pointed out that there was at least one more covered-up version of Dagger. After all, the Ultimate Marvel universe is often where a lot of Marvel’s problematic elements have been remedied:

The day after that, she backed up her point of view with images showing just how impractical that costume actually is:

Think I’ll be a superhero whose costume needs to use glue pic.twitter.com/Ge6H7PbaUF

Costume aside, Dagger has the potential to be a really interesting female character depending on how she’s written, one that can be a role model to teenage girls. She and Ty Johnson, aka Cloak, are teenage runaways and an interracial couple who, when they get powers don’t use them to survive on the streets, but instead use them to protect other kids like them.

Maybe it’s because I have a soft spot in my heart for teenage superhero teams, but I see a huge amount of potential in Cloak and Dagger on television. Not only that, but I see every adaptation of a property as an opportunity for change. This is going to be a live-action show where Dagger’s costume will actually be on a living, breathing, moving human girl. What’s more, it’s a show on Freeform (formerly ABC Family) that will be geared toward a mainstream teen audience. I have a feeling that they’ll go even further in the direction of Dagger’s Runaways costume, making it as connected, and as closed as possible while still recalling the character.

There is a lot wrong with female superhero costumes, there’s no question about that, and talking about how ludicrous these costumes are is important. However, constantly reducing the conversation to costumes, without also talking about what people should be focusing on instead, is an incomplete conversation. It’s reducing female characters to their bodies and what they’re wearing, which is precisely what we don’t want.

Beaton was totally being sarcastic, playing up Tandy’s breasts in order to make the point that Marvel should just admit that this is all they care about, which is what made her sketches so funny. However, as we continue to talk about comics, we should consider where our focus is. When talking about female characters…consider talking about their character rather than focusing entirely on what they wear.  Connect the costume conversation to the nuanced female character conversation and criticize the costume not simply because it’s generally impractical, but because it makes no sense based on who these characters are.

Superheroes like Iron Man or Batman made their costumes for very specific reasons. Superman’s costume is inspired by his home planet. Spider-Man’s costume has something to do with his origin as a superhero. Yes, there’s bulge and muscles, and all of those fantasy elements are there, but there’s also more to their costumes than that. It isn’t simply that female characters “shouldn’t be” scantily or impractically-clad, it’s that their clothing should reflect who they are, not simply what readers (or artists) want to see.