You Can Now Have Kanye West’s Tweets Embroidered and Framed 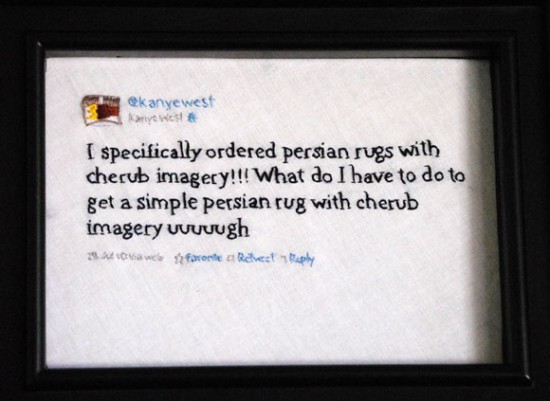 Though he has been quiet as of late, Kanye West is truly a master of Twitter. Sometimes, he’s just linking to pictures of cars and houses without explanation. Other times, he’s firing off tweet after tweet about DONDA or, you know, saying the most amazing things in the English language. Now, thanks to Etsy user supervelma, you can get his mystical utterings hand stitched and framed.

On supervelma’s store, the artist explains the logic behind creating these wonderful pieces.

Really, though, Kanye’s just saying what we’re all thinking – who amongst us hasn’t lamented the inability to procure a decent cherub-decorated rug or, at one time or another, needed to apologize to Taylor Swift? And for all of his grandiosity, he does have moments of introspection and self-awareness.

I decided that Kanye tweets needed to be immortalized in thread.

Though the tweets have been available for over a year on her store, supervelma continues to churn them out. She’s even branched out and done a few non-Kanye tweets. Below are a few of our favorites from her store, but I have to say that this one is by far the best. 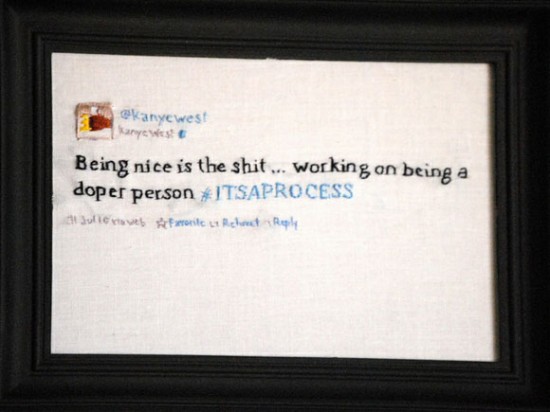 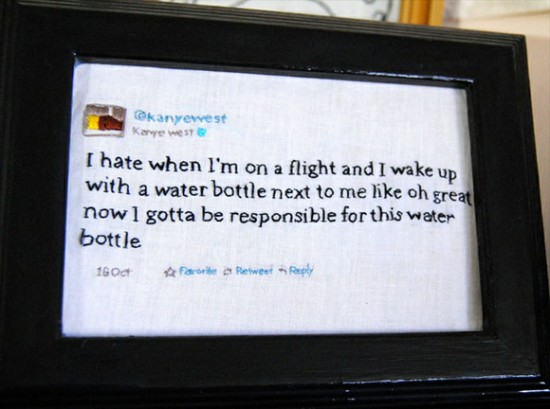 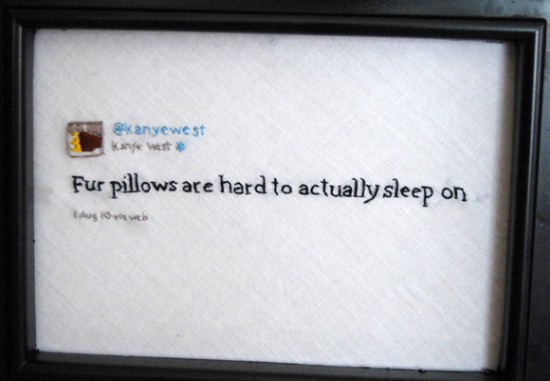