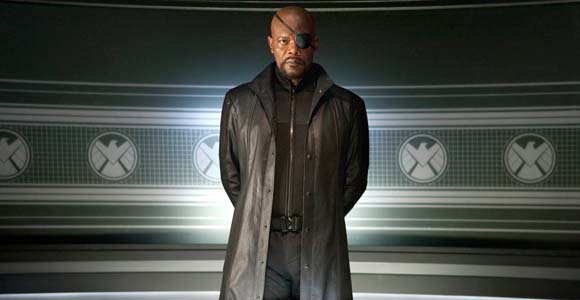 It’s official, after much speculation as to what the new television show would actually be, Joss Whedon is in charge of bring S.H.I.E.L.D. to the small screen for Marvel and ABC. The initial rumblings were that they were teaming up for a drama series that would only connect “lightly” to The Avengers film.

I hear that the connection to the Avengers franchise would be light as the project is expected to be set in the universe and feature some of its themes and feel, but may not include any characters from Joss Whedon’s blockbuster. I hear the project is in a nascent stage, described as “a kernel of an idea,” with a number of scenarios being explored, including a high-concept cop show.

Then we found out Whedon signed a two-year exclusive contract with Marvel that not only included The Avengers sequel, but this television show. Deadline reports on the S.H.I.E.L.D. news:

ABC has ordered a pilot for S.H.I.E.L.D, a live-action series from The Avengers writer-director Joss Whedon, Marvel TV and ABC Studios. The project is based on Marvel’s peacekeeping organization S.H.I.E.L.D (which stands for Strategic Hazard Intervention Espionage Logistics Directorate or Strategic Homeland Intervention, Enforcement and Logistics Division) found in both the Marvel comic book and feature film universes, including the blockbuster 2012 movie The Avengers, in which S.H.I.E.L.D director Nick Fury, recruits Iron Man, Captain America, the Hulk, and Thor to stop Thor’s adoptive brother Loki from subjugating Earth.

Whedon is confirmed to be writing the pilot along with his brother Jed Whedon and Maurissa Tancharoen (Dr. Horrible’s Sing-Along Blog, Dollhouse). He’ll also be directing the pilot if his other Marvel activities don’t keep him away.

Production is going to start immediately but we’ve yet to hear any actors names thrown around. Knowing Whedon, it’s likely Cobie Smulders, aka Agent Maria Hill, will have a role, though probably not a major one thanks to her duties on CBS’s How I Met Your Mother. Samuel L. Jackson’s Nick Fury will almost assuredly show up as well, if for nothing else but to give mission briefings via a monitor every now and then. And I just heard a wacky one this morning…what if it’s a prequel series starring Clark Gregg’s Agent Coulson (doubtful)?

How would you like to see the  S.H.I.E.L.D. television series play out?