Joss Whedon Hints at Scarlet Witch and Quicksilver in Avengers 2 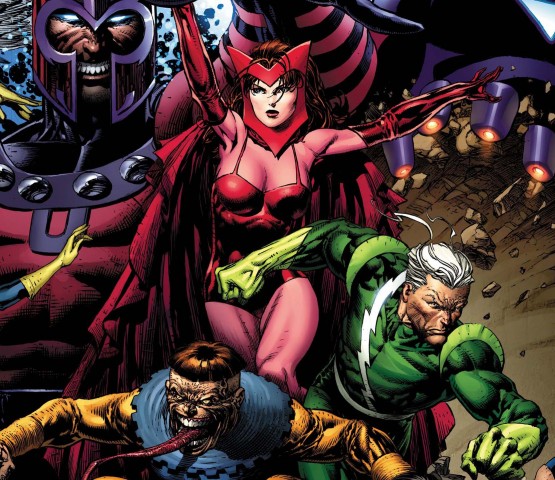 Here I was thinking that red carpet Hollywood premieres and the like were boring affairs for those watching from home. The one for Iron Man 3, which was yesterday, has suddenly turned that all around for me. See, in an interview with Yahoo! Movies, Joss Whedon dropped a huge hint about the possible appearance of a certain brother and sister in Avengers 2. Yeah, he’s pretty much definitely referring to Wanda and Pietro Maximoff — Scarlet Witch and Quicksilver.

Still, it’s not like he comes right out and says it explicitly, so there’s the minuscule chance that he’s not actually referring to them. When it comes to brothers and sisters with strong ties to the Avengers, none are stronger than Quicksilver and Scarlet Witch’s. What makes this particularly interesting, however, is that they’re the children of Magneto — mutants — and the potential rights issues that might mean thanks to Fox having the movie rights to the X-Men.

Here’s the clip from the premiere, which gets good around a minute and a half in:

Specifically, Whedon has this to say when asked about how many drafts he goes through for any given script:

There are several, but it’s an evolution. That goes on in editing, goes on all through shooting, and it never stops. I’ve done enough shows and movies to be comfortable with that. You do come to a point where you all agree. Okay. Oh, I’ve got these two characters. Two of my favorite characters from the comic book, a brother/sister act. They’re in the movie, that’s exciting, you know, you lock certain things in, but then there’s a certain fluidity.

Keep in mind too that Kevin Feige from Marvel suggested last year that the rights to Quicksilver and Scarlet Witch might not actually be with Fox.

Regardless, we would very much like this to become reality if it isn’t already. Scarlet Witch and Quicksilver are fantastic, and all the better if this somehow leads to some of the more interesting Avengers plots down the line.