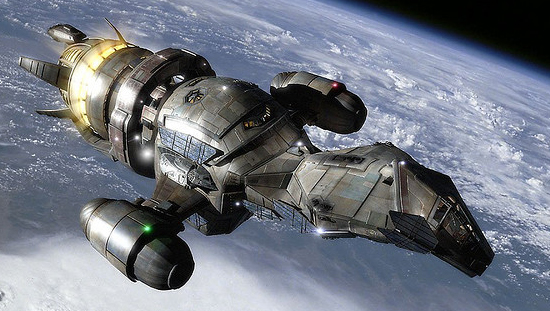 Browncoated gamers from the core to the Rim have a new reason to get excited. Today, Margaret Weis Productions, Ltd. has announced a partnership with Twentieth Century Fox to publish new tabletop RPG products based on the mind-blowingly-beloved Firefly television show.

In 2005, Margaret Weis Productions released the role-playing game Serenity, which was based on the “space western” movie of the same name. While popular, award winning, and followed by several tie-in products, Serenity was limited in scope. With this new licensing, they’ve got the entire ‘verse to play around with. Without a doubt, Firefly the television show revealed a wider expanse of the black than one movie ever could.

At the head of all this, of course, is Margaret Weis herself, a dog-loving, diehard Firefly fan and speculative fiction author who gained enormous popularity back in the late 80s with a series of Dragonlance® fantasy novels, co-written with Tracy Hickman. Those books, and the many others penned in the years since, are reason enough for me to take interest.

In the press release, MWP said initial releases will appear in spring of this year, with both print and digital products to follow. We’ll likely see an updated version of the Cortex System, which the Serenity RPG debuted for its release. Real details have yet to emerge about what form a Firefly role-playing game will take, but I’m sure it’ll be a shindig you’d have to be ornery to miss.