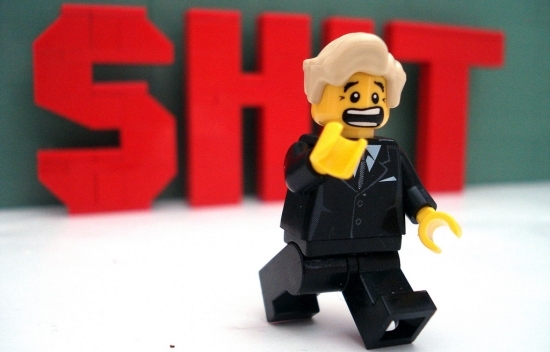 Google Music is a great way to listen to your music library without having to store it all in multiple locations. Great, that is, until it turns on you. Google Music has swapped out some users’ hardcore awesome explicit versions of songs with their lame radio edit counterparts. Some users have even reported their clean versions of songs being replaced by the explicit versions, which can be a problem if you have kids and an affinity for the Beastie Boys, or maybe it can just make your day a little edgier.

For the most part, I think it’s safe to say that reasonable adults can handle hearing curse words in music, but it’s still nice to know whether or not you can expect to hear them. Maybe you’re listening to music with kids around, or at work, or anywhere you don’t want to have to be the one blaring unsavory material through the speakers. A bug in Google Music’s Scan and Match feature has made it uncertain which version users will get when they play a song.

The Scan and Match feature works by scanning a user’s music library on a computer and giving the user access to those songs online. The song files themselves are only copied to Google’s servers if they cannot be matched to a song Google already has stored. If a song’s metadata is incomplete or inaccurate it could cause Google Music to play the wrong version, and that’s what’s been happening for some users. If the copy of “Sabotage” on my computer isn’t tagged in the metadata as “explicit,” when I play it through Google Music it could give me the clean, boring, not nearly as awesome version.

There’s a workaround that Google says will fix the problem, but users have to right-click then select “fix incorrect match” for each song that’s playing the wrong version. So, you have to listen to the song, determine it’s incorrect, then fix it. If you have a massive music collection, that could be an incredibly tedious process, and if you’re in a situation where you really need to control those dirty, filthy words it could be a problem to listen to music at all using the Google Music service.

Other cloud-based music services, like those by Apple and Amazon, have had similar problems. The problem doesn’t seem to be with the services themselves, but in how song files are identified as explicit. The worst case scenario here is that Google Music has gone sentient and is trying to decide which versions of songs people should be listening to, but the metadata explanation seems a lot more plausible.

(via Wired, image via Profound Whatever)